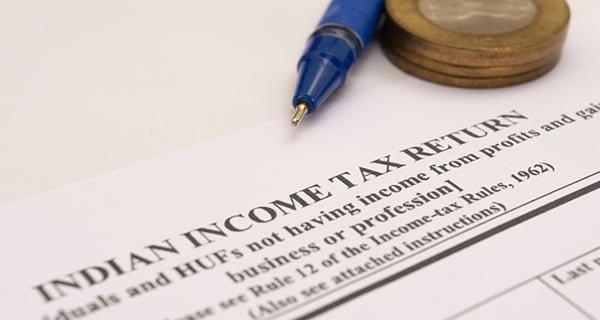 The government has denied these reports, stating that the income tax return form is being changed and the taxpayers will have to give details of major expenses incurred by them. Now quoting sources, the news agency PTI has said that the government is not going to make any such changes. That is, taxpayers will not need to give any details about their high-value transactions. This work will be done by financial institutions. According to sources, there is no idea of ​​changing the form of income tax return for this.

NEAC will become a gateway for faceless evaluation
Meanwhile, it is reported that the Income Tax Department has issued guidelines for the role of officers under the faceless assessment implemented in the field of direct tax. The Central Board of Direct Taxes (CBDT) has said that under this arrangement all communication between the department and the taxpayers will be through the National E-Assessment Center (NEAC) in Delhi and will act as a gateway. The Regional Offices (REACs) of the 20 cities associated with it will undertake faceless assessment of tax.

Under the new system, tax related investigation work will now be faceless. If found to be disturbing the tax payment based on the standard set under it, Central Computer will hand over the cases to the officer group on voluntary basis. After this, the whole matter will be resolved digitally without any face to face with the taxpayer. Due to full dialogue through NEAC, there will be transparency in the disposal of the case.

Voting for 94 seats of the second phase tomorrow, the fate of Tejaswi-Tejpratap and...

02/11/2020
Patna: Under the second phase of the Bihar Assembly Election, polling will be held on Tuesday in 94 assembly seats of 17 districts of...

12/02/2021
Patna: There are shocking revelations in the fake entry in the test report data of Covid patients in Bihar. In the government hospitals of...

Night curfew was imposed again in this district of Madhya Pradesh

23/02/2021
Balaghat: Night curfew in MP. The government and administration have once again issued an alert as the corona cases in Maharashtra have increased rapidly....

18/01/2021
Rome: Prime Minister Giuseppe Conte of Italy, during his address to the lower house of parliament on Monday, will request to save his government...

25/06/2020
New Delhi: The Centre and the CBSE today informed the Supreme Court that they have decided to cancel the Class X and XII examinations...