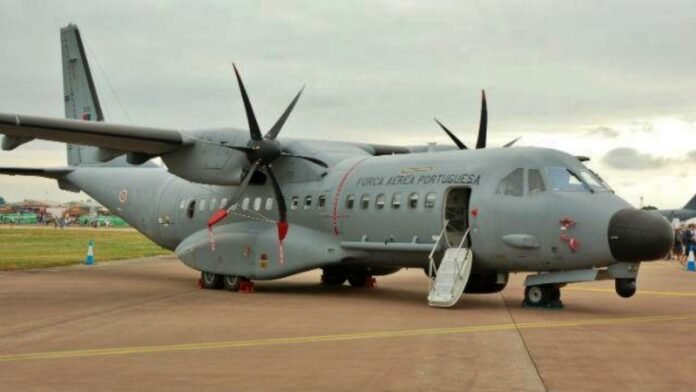 New Delhi: India is continuously moving towards self-reliance in the field of defense. Tata Airbus has been entrusted with the responsibility of making the C-295 Transport Aircraft for the Indian Air Force. The company will manufacture these aircraft at its plant in Vadodara. This information was given by the army officers. This is a big decision of the government.

According to a Defense Ministry spokesperson, Prime Minister Narendra Modi will lay the foundation stone of the C-295 Transport Aircraft Manufacturing Plant in Vadodara, Gujarat on October 30. Now Tata Airbus has got the responsibility of making aircraft for the Indian Air Force of the country.

According to a Defense Ministry official, it will be one of the highest indigenous materials. The aircraft made in India will be supplied from 2026 to 2031. The first 16 aircraft will arrive between 2023 and 2025.

India is continuously moving towards self-reliance in the field of defense, and the Modi government at the Center is also promoting self-reliant India rapidly. Explain that the C-295MW aircraft is a 5 to 10-ton capacity transport aircraft with a new technology that will replace the outdated Avro aircraft of the Air Force.

“For the first time, the C-295 aircraft will be manufactured outside of Europe,” Defence Secretary Ajay Kumar said. In September last year, India sealed a nearly Rs 21,000 crore deal with Airbus Defence and Space to procure 56 C-295 transport aircraft to replace the aging Avro-748 planes of the IAF under a project that entails manufacturing military aircraft in India for the first time by a private company.

IAF to become the largest operator of C-295

21/10/2021/9:49:am
New Delhi: Former US President Donald Trump has made a big announcement. Trump is going to launch a platform of his own on social...

The agitation of farmers will continue, no decision will be taken in the meeting,...

01/12/2020/8:45:pm
New Delhi: The agitation of farmers against agricultural laws is going to continue. Today, a meeting was held between the representatives of 35 farmers'...

Chandra Grahan 30 November 2020 Dangerous for which amount? know everything about this lunar...

21/05/2021/10:03:am
Washington: US President Joe Biden signed a bill to deal with crimes motivated by the US Anti-Asian Hate Crimes Law against Asian Americans during...

From December 1, new photos with warnings will be printed on...