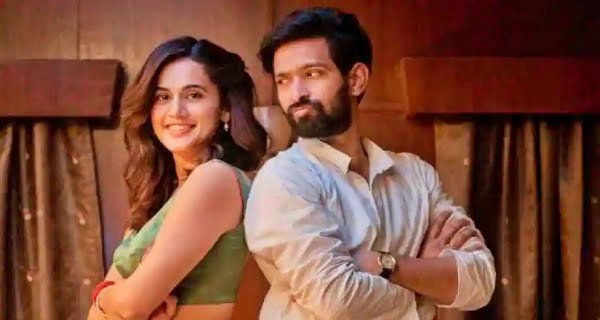 Mumbai: The trailer of Taapsee Pannu, Vikrant Massey, and Harshvardhan Rane’s upcoming film Haseen Dilruba has been released. Does the trailer begin with Taapsee Pannu asking Vikrant Massey if you have read Dinesh Pandit’s book? What they write, they cause big murders in small towns. Don’t even know. After this, there is a blast in Taapsee’s house in which Vikrant dies. Now after this the police interrogate Taapsee and many aspects of her life are revealed.

Harshvardhan Rane is seen as Taapsee’s lover. There are many love-making scenes between the two. Haseen Dilruba is full of suspense and thriller. Haseen Dilruba was earlier supposed to release in theaters, but then the film had to resort to OTT. The film will release on Netflix on July 02. The film is directed by Vinil Mathew.

31/08/2020/9:35:pm
Islamabad: At least 163 people were killed and 101 injured in rain-related incidents during the monsoon season in Pakistan. The National Disaster Management Authority...

04/03/2021/9:50:am
Mumbai: Bollywood's beautiful actress Deepika Padukone has recently become the global brand ambassador of Ed, a jeans company. After this, the actress also shared...