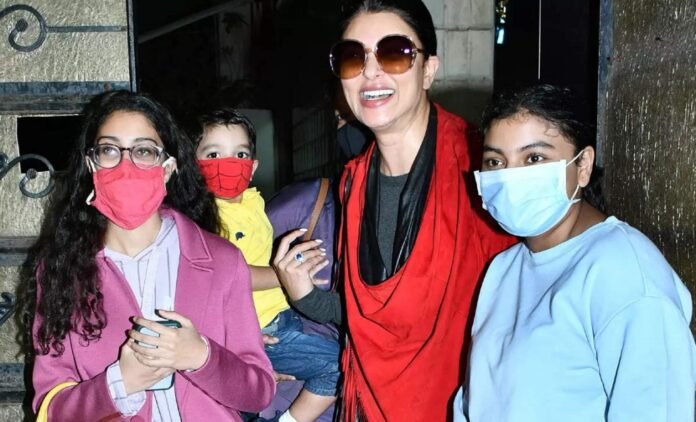 Some pictures and videos of Sushmita are becoming quite viral on social media, in which she is seen with her third child (Sushmita Sen introduces her son to the paparazzi). People are praising this new step of Sushmita fiercely.

Let us tell you that Sushmita Sen adopted daughter Renee and daughter Alisha in the year 2000 and again in the year 2010. At the same time, in the year 2022, Sushmita has adopted a son. However, the actress has not yet made any official announcement about this. But in a viral video on social media, the actress is introducing her son to the paparazzi. In the video, she is saying, ‘My Godson also comes.’

In the viral video, we can see that Sushmita along with her two daughters Renee, Alisha, and son are also seen. Fans are once again praising Sushmita fiercely after watching this video.

06/07/2021/9:45:am
New Delhi: The Central Board of Secondary Education (CBSE) on Monday announced a special assessment scheme for the next year's board exams of class...