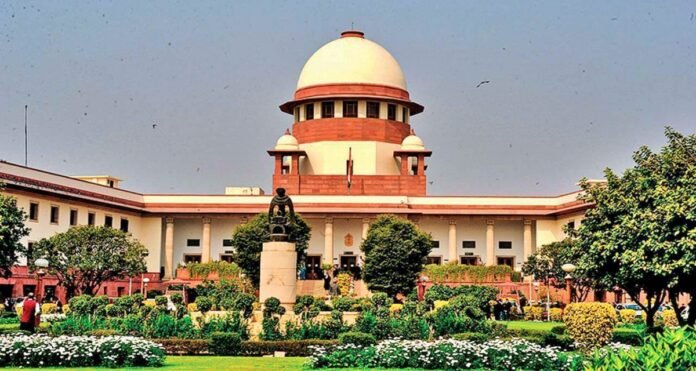 New Delhi: The Supreme Court on Tuesday asked the Center to convey its views on the issue of protecting the interests of citizens till the colonial-era law on sedition is reconsidered by an appropriate forum. Chief Justice N. A bench headed by V. Ramana took note of the Centre’s submissions that it has decided to “re-examine and review” the sedition law by an appropriate forum.

The bench also asked the Center to respond to the suggestion of whether there should be a temporary stay on the filing of sedition cases in the future till it is reconsidered. Solicitor General Tushar Mehta, appearing for the Centre, said he would take directions from the government in this regard and convey it to the bench on Wednesday.

“We are making it very clear,” the bench said. We want directions. We will give you time till tomorrow. Our specific questions are: first about the pending cases and second, how the government will look into the future cases….” The Union Home Ministry said in an affidavit filed in the Supreme Court that its decision was in the context of getting rid of colonial things. It is in line with the views of Prime Minister Narendra Modi and he has been in favor of respect for civil liberties and human rights.

It is in this spirit that more than 1,500 obsolete laws have been abolished, the affidavit said. The Supreme Court is hearing various petitions challenging the validity of the sedition law.

Now there is no lockdown on Sunday in Madhya Pradesh, school closed till 30...

01/09/2020/12:51:am
Bhopal: The state will no longer have a lockdown on Sunday also. This decision has been made by the state government on Monday based...

28/11/2020/10:18:pm
Atlanta (USA): The largest female whale shark of the Georgia Aquarium in Atlanta has died. The aquarium said in a statement on its Facebook...

4 candidates including 2 women entered race for the post of Prime Minister in...

Corona’s behavior uncertain, it is not logical to tell the date...