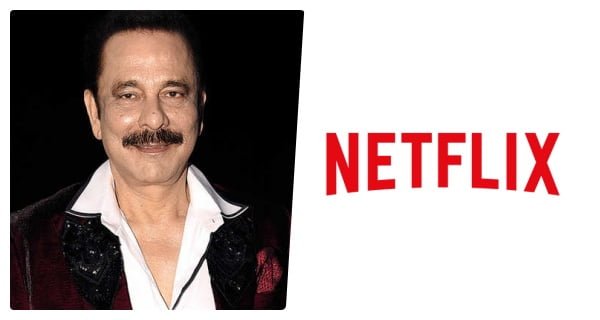 Lucknow: A special court in Lucknow on Wednesday summoned three people, including Netflix director Abhishek Nag, on a plea alleging that they tarnish the image of Sahara India Company and its chief Subrata Rai through a web series. Issuing summons to Netflix director Abhishek Nag and ‘Bad Boys Billionaire India’ web series director Nick Reed and producer Reva Sharma on a petition filed by Sahara India and its employees in the court of Special Chief Judicial Magistrate (Customs) Sunil Kumar, on November 15. summoned to court. The court, in its order, said that on the basis of the complaint filed in this case and the statements of witnesses Ghulam Zeeshan and Bhuvnesh Mani Tripathi, prima facie a case of defamation is made out against the three accused.

The complaint filed in this case alleged that the accused had prepared and aired a documentary series on Netflix on October 5, 2020, with an intention to malign the image of Sahara India Company and its head, Subrata Rai. The complaint states that watching the series reveals that to make it spicy and rhetorical, all the accused have wrongly portrayed the character of Sahara Group Chairman Subrata Roy without any evidence. Sahara opposed this documentary series from the beginning and urged Netflix not to release it on their web portal but it was ignored. Thereafter, the Sahara Group and its employees approached the court.

According to a statement issued by the company, Sahara has filed a defamation claim of Rs 500 crore against Netflix in Kolkata and the court concerned has also issued notice to Netflix seeking its response.

08/11/2020/10:18:am
With the news of Joe Biden becoming the US President, the headlines about the election of Kamala Harris as the Vice President of USA...

17/07/2020/10:27:am
Mumbai: According to the news that has just arrived, 23 people have been rescued so far from the demolished Bhanushali building in Fort, Mumbai...

Girls in Afghanistan allowed to study in schools, UN official said – Taliban will...

16/10/2021/7:23:pm
United Nations: A senior United Nations official has said that the Taliban told them they would "soon" announce that all Afghan girls would be...

Xiaomi’s Mi Band 6 will get special battery and features at...

Govt working with RBI to due to impact of Coronavirus