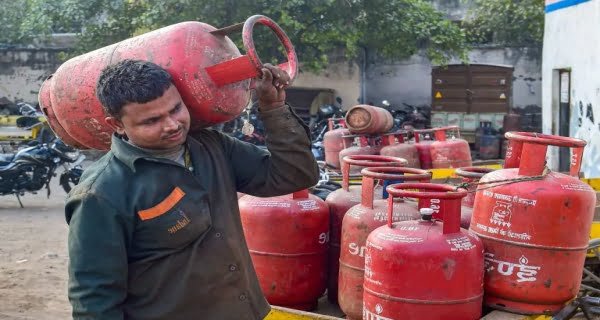 New Delhi: LPG price is increasing continuously. Prices have more than doubled in the last seven years. However, in the meantime, the good news is coming for the customers. Yes.. once again subsidy is being given on the LPG gas cylinder. Subsidy money has been transferred to the customer’s account. According to the information, now LPG gas consumers are being given Rs 79.26 per cylinder as a subsidy.

However, some customers are getting a subsidy of Rs 158.52 or 237.78 (LPG Subsidy). In such a situation, there is still confusion on this. Let us tell you that such cases were coming for the last several days that the subsidy is not being given in the account of the customers. However, now the complaints have stopped coming.

You also check
There are two ways to check gas subsidy money. First through registered mobile number and second through LPG ID, which is written in your gas passbook. Let us know what is its process?

How much does the government spend on subsidies?
The government’s expenditure on subsidies stood at Rs 3,559 during the financial year 2021. In the financial year 2020, this expenditure was Rs 24,468 crore. Actually, this is under the DBT scheme, which was started in January 2015, under which customers have to pay the full amount of non-subsidized LPG cylinders. At the same time, the subsidy money is refunded to the customer’s bank account by the government. Since this refund is direct, the scheme has been named DBTL.

Heavy rain warning in these 4 states from 29 March to 1 April, flood...

29/03/2021/8:24:pm
New Delhi: Under the influence of low-level southeast winds from the Bay of Bengal, thunderstorm / light rain is widespread at isolated places in...

21 states raised duties, Covid-cess to make up for revenue shortfall during a pandemic:...

09/07/2020/12:39:am
Kanpur: Pramod Subramaniam, assistant professor in the computer science department of IIT Kanpur, has committed suicide by hanging himself. Professor Pramod has done suicide...