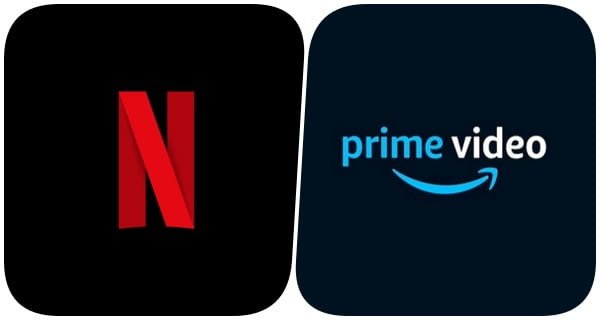 The storyline of the show revolves around an imminent terror attack in Mumbai, masterminded by gangster Ganesh Gaitonde (Siddiqui). It’s up to police officer Sartaj Singh (Khan) to stop the city from blowing up in 25 days. Only, he doesn’t know where to starts and how deep the conspiracy runs.

You have few seasons of this fast-paced thriller to go through. The mystery pretty much unravels in this timeline, which is why Netflix is probably not looking to renew the series for a third installment. Did we mention it’s based on a novel by the same name?

She is director Imtiaz Ali’s first attempt at creating something for the smaller screen. The plot of this Indian original Netflix series follows the transformational journey of a lower-middle-class, junior police constable who is shoved out of her comfort zone to go on an intelligence mission and breach a criminal organization. The limited series stands out because of its brilliant performances, some of which will truly make you cringe at the general chauvinistic nature of men in authoritative positions.

Based on one of the most shocking and heart-wrenching rape incidents in India’s capital city of New Delhi, this seven-part series will shake you to the very core. Delhi Crime chronicles what’s commonly referred to as the Nirbhaya rape case in India. The incident had even received immense international attention at the time because of the gruesome nature of the crime. However, most media reports were focussed on the victim and the incident alone.

Mehta worked on Delhi Crime for six long years and the series involves deep ground-level research conducted by the creator and his team. Although audiences questioned the series’ obvious bias in favor of the Delhi Police department, it makes for a gripping and eye-opening watch. We’ll let you come make your own judgments as to the optics of the whole thing.

Made In Heaven is a 2019 fictional Indian original TV series on Amazon Prime Video. The nine-part series has been created by Zoya Akhtar and Reema Kagti, in collaboration with screenwriter Alankrita Shrivastava. Made In Heaven is about big, fat Indian weddings and the people who work tirelessly to put up these events.

The series focuses on two wedding planners, Tara (Sobhita Dhulipala) and Karan (Arjun Mathur), who navigate Delhi’s moneyed society to score major accounts for their wedding planning agency. The show brilliantly captures the minutiae of typical rich Delhi families and the relationships that foster within them.

While the professional challenges of the central characters are the wrapping around the package, one also gets a deeper look into their personal struggles. The Indian original series is also a clever commentary on the prevalent classism and narrow-mindedness within the modern Indian society.

A second season of Made In Heaven is also on its way, so this would be a good time to catch up.

The first dystopian Indian original series, Leila has a helluva lot in common with the Hulu original show The Handmaid’s Tale. While the series isn’t a blatant copy of the brilliant Hulu dystopian drama, it borrows several elements from it. If you watch both the shows, you will be able to spot them immediately.

Nevertheless, Leila stands out on its own merits. Directed by Deepa Mehta, the series is based on a novel written by Prayaag Akbar. It follows the journey of a woman named Shalini (Huma Qureshi), who is snatched away from the comfort of her family life, into the shackles of a totalitarian regime called Aryavarta. Given India’s current political scenario, the series hits all too close to home and presents a disturbing futuristic scenario that is not too hard to imagine.

Another Amazon Prime Video Indian original series, Breathe is the story of love and desperation. A father will go to any extent, even to the point of murdering people, to save his son. Sounds all too familiar? Yeah well, it is the plot of multiple Hollywood films, including the famous Denzel Washington starrer John Q.

The protagonist in Breathe, Danny (R Madhavan), finds out that his son Josh is terminal and in need of a transplant. He then devises a plan to get Josh’s name on top of the organ donor list, but his methods are not as conventional as you might think. Danny’s troubles worsen when he finds himself the subject of a police investigation, one he desperately wanted to avoid.

Breathe might not be in the same league as some of the shows in this list, but it’s definitely worth the watch just for Madhavan’s impressive screen presence and a fast-paced storyline.

Some may find Mirzapur too crass for their taste, but it’s one of the most entertaining Indian original series to date. Great performances by Pankaj Tripathi, Ali Fazal, and Vikrant Massey are a definite plus for those looking to binge-watch this crime thriller.

The show revolves around the very real mafia rivalry prevailing in the Indian state of Uttar Pradesh. In a bid to save their father, two brothers, Guddu (Faizal) and Bablu (Massey), forcefully become part of mafia don Kaleen Bhaiya’s (Tripathi) nefarious operations. Through the course of time, these innocent youngsters transform into full-fledged violent criminals.

This Netflix original Indian series is made up of three interconnected love stories. The first one is that of two college professors — Sarita and Akhtar — who are trapped in a loveless marriage because they’re more caught up with the mundane rigmarole of daily life. The second one is of Sudhakar (Akhtar’s long-lost friend) and Mumtaz, who fight societal norms to remain together. Their relationship exudes happiness, but it’s not without its hardships. The last one is the story of two college students — Dharam and Rashmi — who like each other intensely but politics, jealousy, and differing priorities take center stage in their relationship. This impactful series captures the essence of lost love, eternal love, and new love all in one very tastefully created package. A must watch for Indian streamers.

An assassination attempt on a veteran journalist sparks a nail-biting police investigation that traverses cities, religion, politics, and gender discrimination. Pataal Lok is fueled by brilliant performances across the board from actors like Jaideep Ahlawat, Neeraj Kabi, Abhishek Banerjee, and others. The Indian original TV series on Amazon Prime Video is co-produced by Anushka Sharma and pieces together a thrilling tale that’s hard to forget.

This Netflix original Indian series starring comedian Vir Das is something you might enjoy if you’re into dark comedies. The core plot of the TV series is a rags-to-riches story of an Indian comedian who goes from performing at small rural gatherings to a big televised stand-up show. His only problem is that he has to kill someone in order to perform at his best. For the most part, Hasmukh is an entertaining watch with its very unique storyline. However, it’s marred by uneven writing, where some jokes land well, while others disappoint.

Today is the shortest day of the year, know what will change after today

From tech visionary to social media king, nothing could stop Elon Musk’s path

26/04/2022/10:16:am
New Delhi: After the success of trying to acquire Twitter, Elon Musk has added another achievement to his list of successes. This American billionaire...

13/08/2021/8:45:pm
Kabul: Terrorist organization Taliban is continuously taking control of Afghanistan. On the last day, four state capitals have been captured. In which Ghazni is...