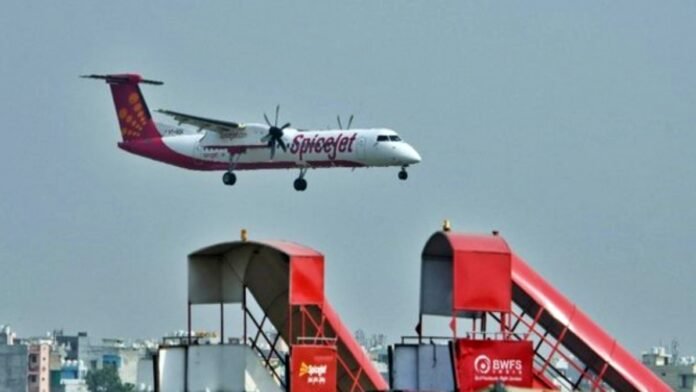 New Delhi: Due to smoke inside the Delhi-Jabalpur SpiceJet plane, the flight had to return to the Delhi airport. This incident happened this morning. Actually, when the plane was flying at an altitude of 5000 feet, suddenly smoke started spreading all around in the cabin. Regarding the incident, a SpiceJet spokesperson said that all the passengers have been safely landed at the Delhi airport.

News agency ANI shared a video in which it is seen that passengers were fanning themselves with newspapers and airline booklets as the smoke entered the cabin.

27/07/2022/10:08:am
Mumbai: A jump has been registered in the graph of Corona in Maharashtra on Tuesday. According to the data released by the Health Department,...