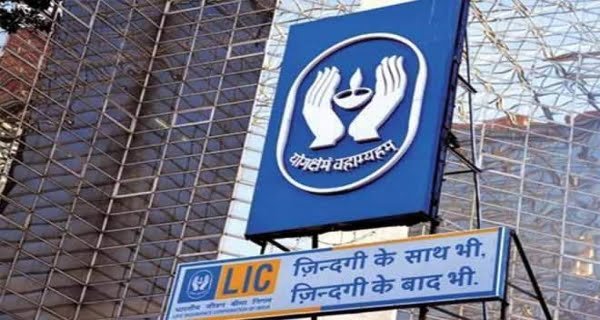 New Delhi: The Central Government has stepped up efforts to launch an IPO of the country’s largest insurance company Life Insurance Corporation of India (LIC). The government is considering selling a 25 percent stake in LIC and giving discounts to small investors and employees. This could prove to be the country’s largest IPO.

The Department of Financial Services has prepared a draft to sell stake in LIC and sent it to SEBI, IRDAI and NITI Commission. The government wants to reduce its stake in the company from 100 to 75 percent. It is necessary to increase the minimum public shareholding to 25 percent within 3 years of listing. Initially, LIC can also issue bonus shares. Retail investors and employees can get up to 10 percent discount. The LIC Act 1956 proposes 6 changes related to capital and management. A change in the act may be introduced in the form of a money bill in the next session of Parliament.

5 percent shares can be reserved for small investors and employees. However, the decision to reserve shares will be taken only after cabinet approval. Bonus shares can also be offered in the initial days. The LIC Act 1956 will also be amended by the government to sell LIC stake. It is an autonomous body and is governed under the LIC Act 1956. After cabinet approval, the government will present the proposal for amendment of LIC Act in Parliament.

Earlier it was believed that the government would sell 10 percent stake of LIC, but in the Corona era, it has now been decided to sell a 25 percent stake to compensate for the difference in spending on welfare schemes and reduction in tax. The Modi government is expected to raise a large amount from LIC’s IPO.

The central government has set a disinvestment target of Rs 1.20 lakh crore for the financial year 2020-21. It is believed that the IPO of LIC may prove to be the largest IPO in the country. LIC’s IPO will help offset the fiscal deficit. In the budget, the government has estimated the fiscal deficit to be 3.8 percent from the current 3.3 percent of GDP. This estimate for the next financial year is 3.5 percent.

WhatsApp users will soon get a new feature, can ‘poll’ in the group

07/03/2022/9:18:am
WhatsApp is working on a new feature that will allow polls within groups. The in-app feature is currently in the works and is for...

12/07/2020/3:10:pm
Mumbai: Bye These days the whole country is struggling with the problem of Coronavirus. Recently, two members of Bachchan family Amitabh Bachchan and Abhishek...

I’ll ‘Fight Like Hell’ to Hold on to Presidency: Donald Trump

05/01/2021/3:08:pm
Washington: With mounting desperation, Donald Trump has declared he would "fight like hell" to hold on to the presidency and appealed to Republican lawmakers...

Facebook India Vice President’s petition dismissed, will have to appear before the committee

BMW Motorrad India Records Stellar Performance in 2021 with Highest Ever...

Mintel: 41 percent of Young Indian Beer Drinkers Are Willing to...