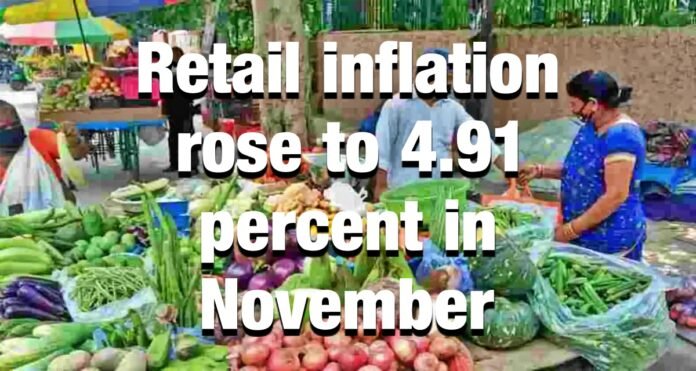 According to the National Statistical Office (NSO) data, food inflation stood at 1.87 percent in November this year as against 0.85 percent in the previous month. The Reserve Bank of India primarily takes into account the retail inflation rate while deciding the bi-monthly monetary policy review.

The Reserve Bank of India (RBI) had kept the key interest rate unchanged in its monetary policy review in December. It primarily focuses on the CPI while setting its bi-monthly monetary policy.

Omicron cases decreased, but its variants BA.2 are deadly, WHO alert – it will...

18/02/2022/10:40:pm
Tokyo: Sub-variant BA.2 of the Omicron form of the coronavirus not only spreads rapidly but also causes serious illness. This has been revealed in...

09/04/2021/10:11:am
Colombo: The incumbent Mrs. World Caroline Jury and one of her accomplices were arrested on Thursday for allegedly hurting a contestant and damaging property...

09/10/2020/10:23:am
Seoul: At least 88 people were burned in a multi-story building in Ulsan, South Korea, on Friday morning. Officials gave this information. Video footage...

Working from home will continue, even after the epidemic ends: ...

Jupiter transit in Capricorn on November 20, know what effect it...

Onions will soon be sold in the market at a price...