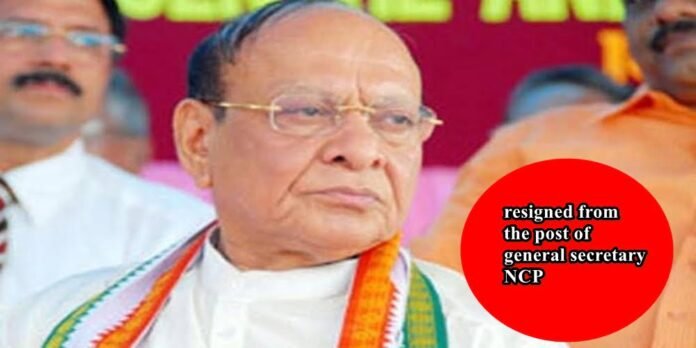 Ahmedabad: Former state chief minister and senior leader Shankar Singh Vaghela has resigned from the post of general secretary with primary membership of the Nationalist Congress Party on Monday. For the past several days, he was angry with the party. After which there was speculation that he would resign from the party. He resigned after writing a letter to party supremo Sharad Pawar.

Vaghela, who left Congress and joined NCC, was upset with the party over the appointment of Jayant Patel to the post of Gujarat state president. After which, there has been speculation about his resignation for the last several days.

UPI payment will be done without smartphone and internet, RBI started this special facility...

Accident in tunnel of Narmada Valley Project, 9 people buried in the soil, 7...

13/02/2022/12:13:pm
Katni: A major accident took place in the Katni district of Madhya Pradesh on Saturday evening. The soil of the tunnel of the Narmada...