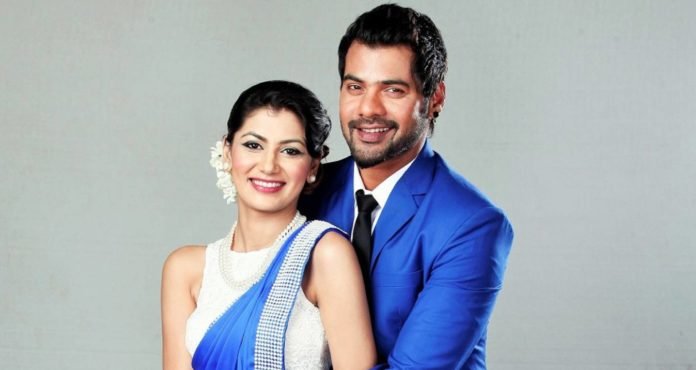 Mumbai: On Saturday, on the set of TV serial Kumkum Bhagya, a big accident happened. During the shooting, the show set on fire, after which the entire team of the serial was stirred. The shooting of ‘Kumkum Bhagya’ was going on in Killick Nixon Studio of Mumbai Saki Naka. Meanwhile, the set caught fire, during which more stars including Sriti Jha and Shabbir Ahluwalia, who were playing the lead roles in the show, were present on the set, but all survived narrowly and big. The accident happened.

It is being told that, at the time when this accident happened, shooting was going on, due to which many people were present on the set. A video of the fire on the set of the serial is going viral on social media, in which chaos can be seen on the set. Celebrity photographer Viral Bhayani has also shared a video of this on his Instagram. In which small fire on the set can be seen growing rapidly. However, there was no casualty in this fire, but there was definitely panic among the members of the show.

As soon as the fire was reported on the set, all the actors and crew members of the show were taken out in time and all were taken to a safe place. The cause of the set fire is being reported as a short circuit. At the same time, after receiving information about the incident, the team of fire brigade also reached the spot.

The Killick Nixon studio was also closed after the lead actor of ‘Kasautii Zindagi Kay’ was found to be Corona positive by Parth Samthan. The studio was reopened three days later after being closed and the studio sanitized.

25/02/2021/2:55:pm
The bad news is coming for India, which bought billions of dollars of modern weapons from Israel. 20 Israeli engineers have been accused of...

25/12/2020/10:35:am
Beijing: China (China) will suspend all flights to and from the UK. China's Foreign Ministry announced this on Thursday. Several countries have imposed a temporary...