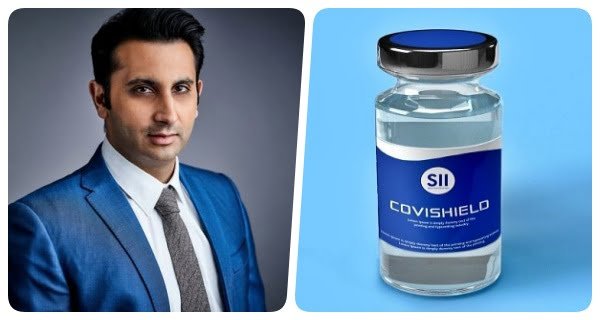 New Delhi: The Serum Institute of India (SII) on Thursday also sought exemption from liability, amid reports that the Indian government has exempted Pfizer and Moderna from indemnity for speeding up the vaccination policy. The vaccine manufacturer said that whether the vaccine company – Indian or foreign – should be given equal protection to all. The government has so far not compensated or protected any vaccine manufacturer against legal action for any serious side effects from the vaccines manufactured by them. Let us know what this means and how it will help in the vaccination process in India.

What is compensation?
Indemnity means the protection of vaccine manufacturers from legal action which will ensure that they cannot be prosecuted in India. No company in India has been given this protection so far. However, Pfizer and Moderna have said that they will export to India only if they have contact with the central government and the company will get protection from legal matters.

Who has asked for compensation? Pfizer and Moderna have raised this demand. After this, the Serum Institute of India said on Thursday that all vaccine manufacturers should be given equal protection. Pfizer and Moderna are considered to be the best vaccines in the international market and their efficacy report is more than 90 percent. Both these vaccines have been approved by more than 40 countries including the US and UK.

According to NITI Aayog member VK Paul, ‘Both companies have requested exemption from compensation from all countries including the US country. We are investigating this and will take a decision based on the larger interest of the people. It is being discussed and no decision has been taken yet.

Why are Indian companies now seeking compensation?
Adar Poonawalla of Serum Institute has raised this issue. Other Indian vaccine makers say that if they have to supply 75% of their stock to the government (50% to the center and 25% to the state governments) and 25% to the private sector, then this can have a big impact on the cost of the vaccine. Now questions are being raised whether foreign vaccines like Moderna, Pfizer and Sputnik V will be supplied to the central government at the same price as Indian companies?

Wockhardt’s founder-president Abel Khorakiwala says the “compensation” sought by foreign vaccine manufacturers is a “standard approach” in other countries. This is not being done only in India. In an interview to Businessline, Khorakiwala said that exemption is given only for vaccines. It does not apply to medicine or other biological products. Vaccine discounts cannot be an example for medicine or other biological products.

What does the law say?
In India, the government has included a liability clause in contracts with manufacturers. The manufacturer shall be liable to indemnify the public in all claims arising out of the vaccine as per the contract. Section 124 of the Indian Contract Act 1872 defines a contract of indemnity as a contract. Under this, one party guarantees to protect the other person from damage caused by the action of the guarantor himself or the action of any other person.

What are the problems in the current situation
Due to the liability clause, the manufacturers are neither approving nor testing the vaccines as they are liable for any side effects caused by the vaccines. They are working on the production of only that vaccine which is approved by organizations like FDA.

Second, it’s complicated to put full liability on products that are recently manufactured and licensed. According to the Bar & Bench, the second restatement of TORT, which is considered to be the core of principles related to pharmaceutical products, states, ‘Vaccine manufacturers should not be held liable. Unless sufficient time has been given to guarantee its safety and the vaccine is not prepared properly with appropriate warnings.

Third, vaccine manufacturers will be troubled by such unverified claims that can stall the vaccination process. Recently, a legal notice of Rs 5 crore was served during the Covishield Trials of SII. The victim had alleged serious neurological side effects. SII had termed the allegations as malicious and false.

What is the option?
One option for India could be to create a National Compensation Fund. This will address the claims of people who have been adversely affected by the vaccines. Apart from this, vaccine courts can also be established like America.