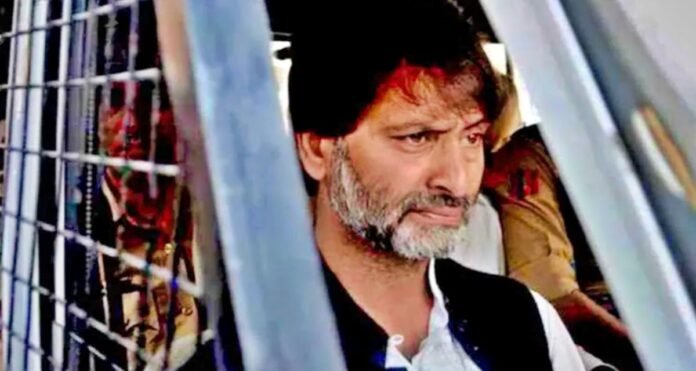 New Delhi: Separatist leader Yasin Malik on Tuesday pleaded guilty in a Delhi court to all the charges against him related to terrorism and separatist activities in Kashmir, including harsh illegal activities. The charges under the Prevention of Act (UAPA) are also included. Court sources gave this information.

They said Malik told the court that he was under UAPA sections 16 (terrorist activity), 17 (raising funds for terroristic activities), 18 (conspiracy to commit terroristic act), and 20 (being a member of a terrorist group or organization) and He does not want to challenge the charges against him under sections 120-B (criminal conspiracy) and 124-A (sedition) of the Indian Penal Code.

Special Judge Praveen Singh will hear arguments on May 19 regarding sentencing for the charges leveled against Malik, with the maximum punishment being life imprisonment. The special judge had earlier said that “prima facie” it has been established that Malik and others were getting money directly for terrorism.

The court had also said that Malik had set up an elaborate mechanism to raise funds for carrying out terrorist and other illegal activities in Jammu and Kashmir in the name of the “freedom struggle”.

The charge sheet was also filed against Lashkar-e-Taiba (LeT) founder Hafiz Saeed and Hizbul Mujahideen chief Syed Salahuddin, who have been declared absconders in the case.

02/09/2021/2:31:pm
Mumbai: It is said that death does not come after seeing age, it comes quietly and makes people's eyes moist. Something similar has been...

EC threatens not to wear masks in election campaign, said –...

Dharmendra was admitted to hospital, shifts were made from ICU to...