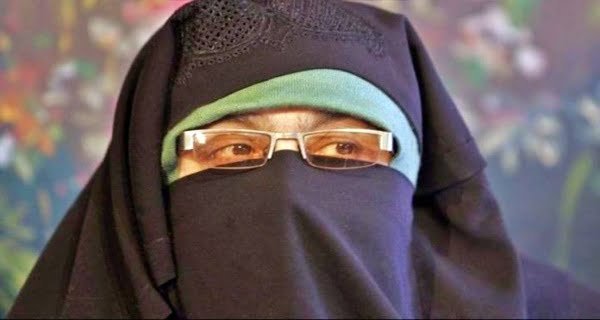 New Delhi: Charges have been framed against the Kashmiri separatist leader Asiya Andrabi by the NIA Court of Delhi under the sedition, terrorism and other serious sections. Two of his female colleagues are also accused in the same case. All three will be tried for waging war against the Government of India and conspiring for terrorist activities in the country. At the same time, this whole case is related to waging war against India with help from Pakistan and terrorist organizations. NIA Special Judge Praveen Singh has ordered prosecution against Asiya Andrabi and two of her associates (Sophie Fahmida and Nahida Nasreen) under various sections of the IPC and UAPA.

The NIA court ordered Andrabi and his associates (Sophie Fahmida and Nahida Nasreen) to be tried under the Unlawful Activities (Prevention) Act (UAPA) and under various sections of the IPC. The court also ordered sections 120B (criminal conspiracy) of the IPC, 121 (waging war against the Indian government), 121A (conspiracy to wage war against the Indian government), 124A (sedition), 153A (fostering enmity between various groups ), 153B (rhetoric against national integrity) and 505 (objectionable statements for breach of peace).

Andrabi’s house was confiscated
In 2019, the NIA seized his house by clamping down on Andrabi. This house was purchased from the Terrorism Fund. At the same time, the house was confiscated under the Unlawful Activities (Prevention) Act. Please tell that Asiya Andrabi is currently lodged in Tihar Jail in Delhi. She is considered the first woman separatist leader of Kashmir. Asia is the founder of women’s organization Dukhtaran-e-Millat. However, the Indian government has banned this organization. Pakistan’s infamous terrorist Hafiz Saeed considers Asiya as his mouth-bending sister. Asia’s organization is the women’s wing of the Dukhtaran-e-Millat Hurriyat Conference. Asia is accused of waging war against the country.

WHO guidelines for conducting 140 tests per day per million population

15/07/2020
New Delhi: World Health Organisation-WHO in its Guidance Note on 'Public Health Criteria to Adjust Public Health and Social Measures in the Context of...

12/02/2021
Patna: There are shocking revelations in the fake entry in the test report data of Covid patients in Bihar. In the government hospitals of...

12/09/2020
London: The University of Oxford has said that it will reinstate trials with the pharmaceutical company AstraZeneca to develop the Corona Virus vaccine (Vaccine)....

05/11/2020
New Delhi: The Delhi High Court has ordered its registry to use small A-4 size papers instead of the large size legal papers used...