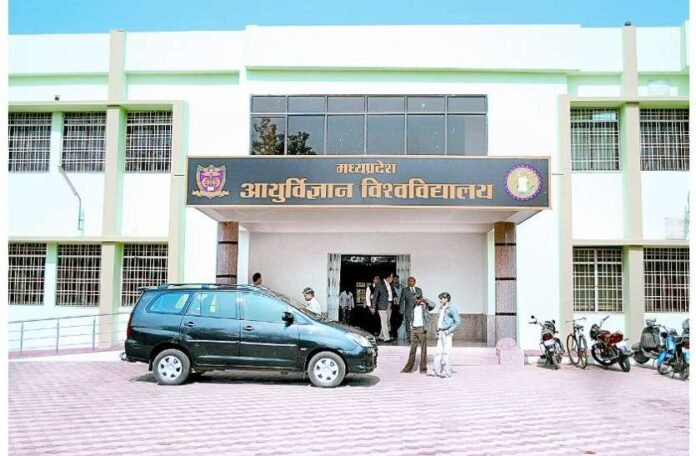 Palpal Correspondent, Jabalpur(MP): A sensational feat of the University of Medical Sciences (Medical University) in Jabalpur, Madhya Pradesh, has come to the fore, in which 24 ineligible students were given Master’s Dental Surgery along with Provisional Degree. While declaring them ineligible by the Admission and Fee Regulatory Committee (AFRC), the exam was canceled. All these 24 students are students of renowned private dental colleges in Madhya Pradesh, who have been given degrees in collusion.

It is said that in the MDS seat, seven dental colleges of the state admitted 24 ineligible students doing BDS from other states in the year 2016, their final examinations were also done, when the matter went to the FRC, the students there were considered ineligible. All seven dental colleges appealed against the decision of the AFRC to the appeal iearthi AFRC, where Justice Alok Verma granted interim relief on March 25 asking that the students be included in the examination, against the decision of the AFRC. Results should be declared only after the final decision is arrived. In this case, Justice Shri Verma, in an interim order on May 21, gave a decision to cancel the examination considering the students as ineligible.

After this, the then Controller of Medical Universities had issued a notification informing them about the cancellation of the examination of these students. Complainant in the case Hemant Kumar Delhiwala told that after the arrival of Dr. Vishal Bhargava, who took charge of the Controller of Examinations here on the same day after being relieved from Gwalior Medical College on 2 September 2019, the colleges contacted him about the students, in this case Dr. Bhargava And another officer of the confidential department created the whole game.

However, going contrary to the decision of AFRC, he not only released the result, even giving the benefit of revaluation to the students who failed against the rules, passed them and gave the MDS marksheet and professional degree to all. In this case, it is reported that Vice Chancellor Dr. TN Dubey, after receiving the complaint, canceled the marksheet and degree of all 24 students and set up an inquiry in the case. They say that whoever is guilty in the investigation will be prosecuted.

NGT has now sent notices to these 14 more states after Delhi-NCR on the...

04/11/2020/10:17:pm
New Delhi: A petition has been filed in the National Green Tribunal (NGT) for banning firecrackers. The first hearing on this petition has taken...

‘The Girl on the Train’ to be released today, ‘I want to surprise...

26/02/2021/12:42:pm
Mumbai: Bollywood actress Parineeti Chopra's film 'The Girl on the Train' is releasing on Netflix today. The film could not be released last year...

SBI customers, 3 days from tomorrow you will not be able...

More than 500 students of Delhi’s government schools succeed in JEE...