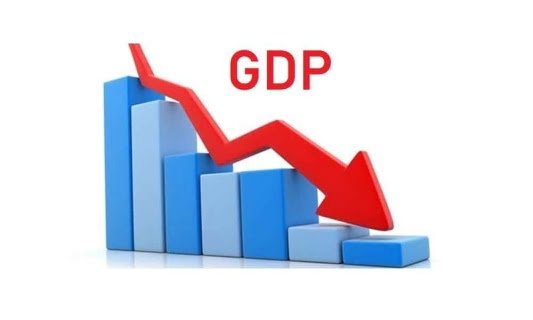 New Delhi: The second wave of coronavirus has hit the economy along with the general public. According to the data released by the Indian government on Monday, the gross domestic product fell to -7.3 percent in FY 2020-21 as against 4.0 percent in 2019-20. At the same time, in the fourth quarter (January-March), GDP grew by 1.6 percent.

It may be noted that in view of the corona virus crisis, the central government itself had predicted an eight percent fall in GDP in February. However, the released figures are lower than the government’s estimated figure of .70 per cent, which is good. The NSO had said on the basis of its first advance estimates released in January this year that GDP would fall by 7.7 per cent during 2020-21.

Fiscal deficit lower than the estimate
While GDP was 1.6 percent, the fiscal deficit stood at 9.3 percent of total GDP in FY 20-21. Which is lower than the Finance Ministry’s estimated 9.5 percent. According to the Comptroller and Auditor General, it was 7.4 percent in the last fiscal.

13/07/2020/8:08:pm
Mumbai: The condition of a hospitalized actor Amitabh Bachchan and his son actor Abhishek Bachchan is stable after being infected with Corona Virus. Hospital...

18/07/2020/10:00:am
Mito (Japan): Israel has been banned again amid growing infection with the coronavirus. Concerns have also increased in Japan's capital Tokyo and China's remote...