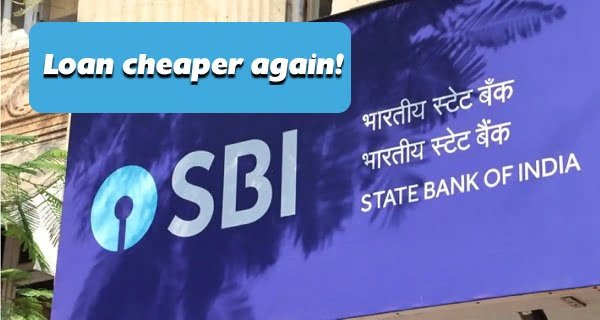 Now you will have to pay less loan EMI
This decision of SBI will have a direct impact on the pocket of the common man. With this, customers of SBI will now have to pay fewer monthly installments of many types of loans including home loans, auto loans, personal loans. Please note that all home loans taken after July 2010 are linked to the base rate. In this case, banks are free to calculate the cost of funds on the basis of average fund cost or MCLR. Earlier last week, the private sector Kotak Mahindra Bank announced a cut in the interest rate of home loans. Kotak Mahindra Bank has cut 0.15 percent. After the deduction, the interest rate of home loans has come down to 6.50 percent.

SBI had cut MCLR in June
State Bank of India had also cut rates in June 2021. Then SBI had cut MCLR by 0.25 percent. After this, the MCLR of SBI has come down to 7.00 percent for one year. Earlier this rate was 7.25 percent for one year. The new rates have come into effect from 10 June 2020. Apart from this, the bank had also cut the base rate. After this, the new rate was reduced to 7.40 percent. The bank gave the full benefit of the 0.40 percent reduction in the repo rate to the borrowers. This benefit is available to those customers who have taken a loan on the basis of External Benchmark Linked Lending Rate (EBR). Similarly, those taking loans on Repo Linked Lending Rate (RLLR) also got the benefit.

Trump took a jibe at Biden, said – never in history has campaigned for...

31/08/2021/9:59:pm
Washington: Former US President Donald Trump has targeted the US government over the manner of withdrawal of troops from Afghanistan, saying that never in...

Have a Homebuying Question? Ask GK-Da

31/08/2020/11:51:pm
Kolkata:  This dada is the best guide to real estate decisions. GK-Da, aka Griho Kumar-Da, has been clearing misconceptions and providing reliable advice to...