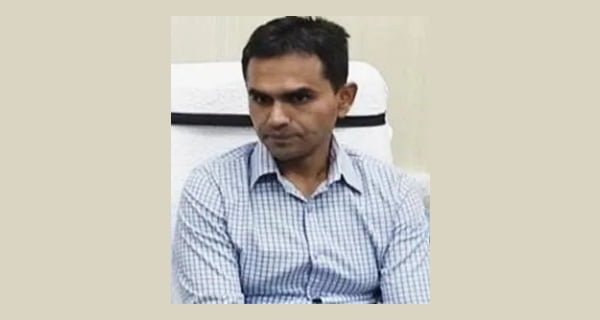 Mumbai: Sameer Wankhede, Zonal Director of Narcotics Control Bureau (NCB), who is probing the Cruise Drugs Case, has reacted to the allegations against him on Monday. In the case he is investigating, Aryan Khan, son of actor Shahrukh Khan, is also jailed in a drug case. On Monday, he broke silence on the allegations made by Maharashtra minister Nawab Malik.

Sameer Wankhede gave an affidavit in a Mumbai court that the outrageous allegations leveled against him were not only false, but also misleading, mischievous, and malicious. His statement came after Nawab Malik shared a document related to the birth of Sameer Wankhede on Twitter. He wrote with her, ‘The forgery started from here.’

Counterattack on nawab malik
In a press release, Sameer Wankhede, Zonal Director, Narcotics Control Bureau said, “My personal documents were made public without my permission… For the last few days, a minister of the Maharashtra government has been continuously pressurizing me and making inflammatory comments against me. Creating atmosphere. Because of this, my wife, my father, all are under mental and emotional pressure.

Revealing about his personal life, Wankhede said, ‘I married Shabana Qureshi in 2006 under the Special Marriage Act and later in the year 2016 following the legal process, we parted with mutual consent. In the year 2017, I married Kranti Redkar.

‘My late mother is being insulted’
Along with this, Wankhede said, ‘My family and my late mother are being insulted. The minister is accusing me without knowing my side. Father Dhyandev was an inspector in the Wankhede State Excise Department. Retired in the year 2007. His father was Hindu and his mother was Muslim. He used to come from two different communities and I am proud of his legacy.

Nawab Malik has been critical of NCB’s action against Aryan Khan from the very beginning. Nawab Malik has also alleged that Sameer Wankhede was in the Maldives during the lockdown and he was targeting Bollywood celebrities as part of an extortion racket. Responding to Nawab Malik’s allegations, Sameer Wankhede said, ‘The only thing he could think of was when Sameer Khan, who was related to the minister, was arrested in a drugs case under the NDPS Act and since then my And this process of taking personal revenge on the family has started.

He said, ‘My late mother is being targeted. I am in danger of arrest because it is not conducive to some vested interests to conduct an honest and fair investigation. I am ready to face everything that is in the law and will clearly expose my innocence. May this court pass appropriate orders to preserve and preserve the sanctity of a fair investigation.

On Sunday, a witness in the drugs case had claimed that the investigating agency had asked him to sign on blank paper and demanded Rs. A bribe of 25 crores was demanded to acquit Aryan, son of Bollywood superstar Shahrukh Khan. However, it was rejected by NCB.

18/10/2021/8:37:pm
Beijing: China said on Monday that it has tested a hypersonic "vehicle" and not a nuclear-capable hypersonic "missile". A leading British newspaper claimed in...