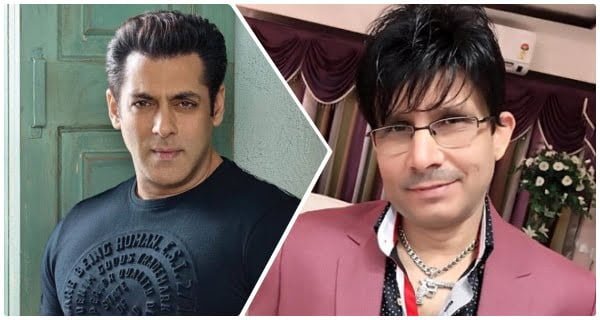 Mumbai: Salman Khan is acting harshly on those who tarnish the image of his film Radhe. The film released on OTT is giving mixed reactions. When the actor and film critic Kamal R. Khan criticized the film, Bhaijaan turned red with anger. He has filed a defamation case against KRK. Salman’s lawyers have sent notice of this case to KRK. After this action by Salman Khan, Kamal has tweeted again, which is going viral.

In fact, a suit has been filed against KRK in a court in Mumbai, which has been demanded to be heard at the earliest. KRK has been accused of tarnishing the image of the film ‘Radhe’. KRK tweeted after this case. In his first tweet, he wrote- ‘Dear Salman Khan, this defamation case is proof of your frustration and disappointment. I am giving a review for my followers and doing my work. You should make better films, not that I should stop reviewing my films. I will keep fighting for the truth Thank you for this case.

After this tweet, he made a tweet again this morning. He wrote- ‘I have said many times that I do not review films whose producers or actors have denied me. Salman Khan has filed a defamation case against me for reviewing ‘Radhey’, which clearly shows that he has been hurt by my review. In such a situation, I will not review any of his films now.

Kamal R Khan has shared a picture of a copy of the claim of defamation in his tweet. At the same time, no statement from Salman Khan or his team has been revealed on this whole matter.

Let us tell you that Kamal R Khan had said the video share after watching Salman Khan’s ‘Radhey’, in which he said that this film was so bad that he could not go in to see it after the interview and was also crying.

31/07/2020/12:49:pm
Dewas(MP): To stop the administration's action in Dewas, MP, the woman has set herself on fire. People had sown soybean by encroaching on government...

14/12/2020/7:12:pm
Washington: US pharmaceutical manufacturer Pfizer has shipped the first consignment of the much-awaited Covid-19 vaccine from its Michigan warehouse. The vaccine has recently been...

28/08/2020/10:09:am
Mumbai: Rhea Chakraborty, who is facing charges of abetting Sushant Singh Rajput to suicide, discussed his relationship with the late artist. Riya denied the...

17/12/2020/2:20:pm
United Nations: A 29-year-old Indian among the seven winners of the Young Champions of the Earth award, given by the Environment Agency of the...