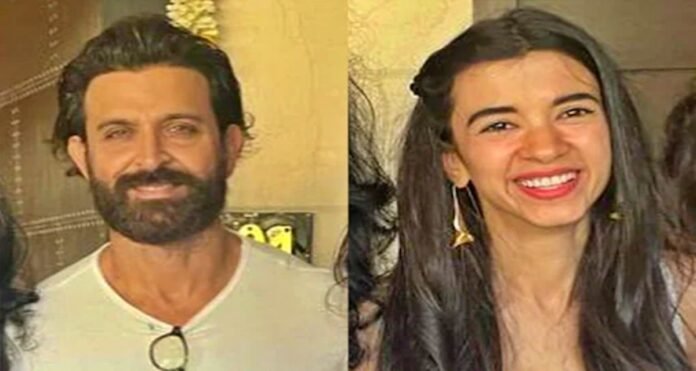 The news of Hrithik Roshan and singer-actress Saba Azad being in a relationship has been doing the rounds for the past several days. Saba made the announcement a day ago by sharing the poster of her upcoming project ‘Minimum’ on her Instagram handle. It is a film based on overseas Indians. On this post of Saba, Rithik congratulated her. ‘Minimum’ is directed by Ruman Molla. Along with Saba, the film also stars Geetanjali Kulkarni and Namit Das.

Sharing the poster of this film, Saba Azad wrote, “My next within jammers – today in a variety!! Produced by Saba Azad, Namit Das, Geetanjali Kulkarni, Rumana Molla to star ‘Minimum’, immigrant Indian drama, Feature Set in Belgium, Platoon One Films, and Elanor Films. Shiladitya Bora and Radhika Lavu were also produced. The film is set to go on floors in June 2022. This international film will be the first film to be directed by writer-actress Rumana Molla.

On this post of Saba Azad Post, Hrithik Roshan wrote in the comment, “Hey You Gonna Kill This! Oi? Oi!” Responding to this comment of Hrithik, the actress wrote, “Hey finger cross hoon mon amour (My love).” Hrithik’s aunt Kanchan Roshan also sent her best wishes and congratulated her. He wrote with a heart emoji, “Congratulations Saba. Lovely!”

Saba-Hrithik dinner date
The news of Hrithik and Saba dating each other has been making headlines for a long time. It all started after the two were seen holding hands after a dinner date early last month. Later, Saba Azad was also seen spending time with his family. Not only this, but both also comment on each other’s posts continuously.

Hrithik thinking about marriage
Amidst all this, a recent report in Bollywood Life has claimed that Hrithik Roshan is ‘very serious’ about Saba and has the idea of ​​marriage in his mind. The report quoted a source as claiming that both the actors are happy with each other and want a relationship like Farhan Akhtar and Shibani Dandekar.

29/11/2020/10:56:pm
Sydney: Team India's captain Virat Kohli's record at the Sydney Cricket Ground in Australia was far worse. But in the second ODI against Australia,...

Big relief to the entertainment industry, shooting will be done on...