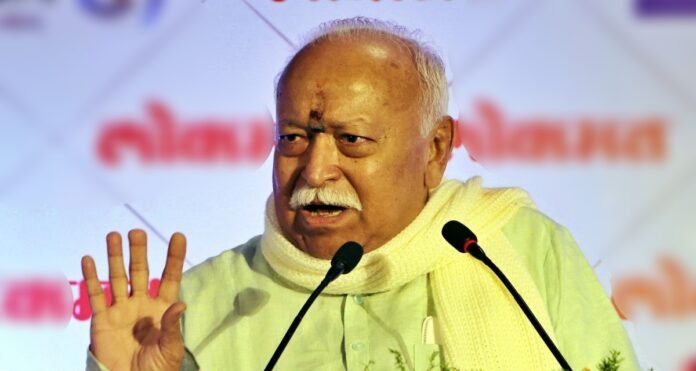 Nagpur: Rashtriya Swayamsevak Pramukh Mohan Bhagwat on Sunday said that some of the statements made at a recent program called Dharma Sansad were not words of Hindus and Hindutva followers never agreed with them. Won’t happen. He was speaking on the topic of Hindutva and national integration at a lecture series organized on the occasion of the Golden Jubilee of the Nagpur edition of Lokmat.

He said that the statements made in the Parliament of Religions were not the words of Hindus. Bhagwat said that if I ever say something in anger, it is not Hindutva. “Even Veer Savarkar had said that if the Hindu community becomes united and united, he will speak about the Bhagavad Gita and not about destroying or harming anyone,” the Sangh chief said.

Along with this, Rashtriya Swayamsevak Sangh chief Mohan Bhagwat said on Sunday that when he went to meet former President Pranab Mukherjee to invite him as the chief guest in the Sangh’s program organized in Nagpur in the year 2018, then there was a lot of preparation on the issue of homecoming. Were done. Bhagwat said at that time there was a lot of uproar in the Parliament over the issue of Ghar Wapsi and he was ready to answer any question that may be asked by Mukherjee during the meeting.

15/08/2020/12:33:am
Bhopal: Shivraj Government has found a formula to appease angry MLAs and MPs. An important decision was approved in the cabinet meeting held on...

Companies are now bringing them back from the chartered plane, they were forced to...

30/06/2020/10:29:am
New Delhi: Corona infection is continuously increasing in the country. But the government has allowed the reopening of stalled economic activities with some conditions...

03/11/2021/9:55:am
Hong Kong: Yahoo Inc. on Tuesday announced the closure of its services in China, citing increasingly challenging conditions. The decision is largely symbolic, as...