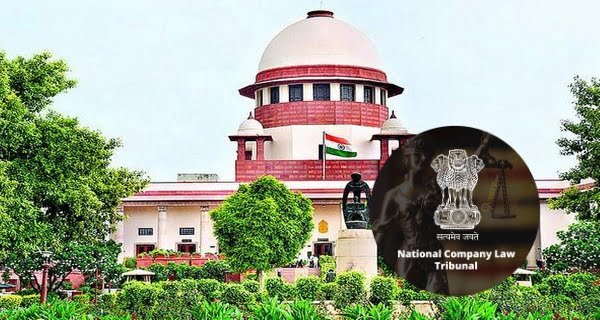 New Delhi: The Supreme Court has held that the resolution plan approved by the Committee of Creditors (COC) submitted to the National Company Law Tribunal (NCLT) cannot be withdrawn or amended.

The top court said that if this is allowed, it will lead to another level of negotiating, which will be completely outside the purview of regulation from the statutory point of view. The Court held that the resolution plan between the CoC and the successful resolution applicant is binding under the provisions of IBC and CIRP regulations and cannot be withdrawn.

The Court referred to the report of the Parliamentary Standing Committee on Finance. It has been said in this report that 71 percent of cases are pending before NCLT for more than 180 days. This is not in line with the original intent and timelines of the Corporate Insolvency Resolution Process (CIRP).

A bench of Justices DY Chandrachud and MR Shah asked the NCLT and NCLAT to be sensitive to such delays. The apex court said, “Prior to the Insolvency and Bankruptcy Code (IBC), the judicial delay was the main reason for the failure of the insolvency system. We don’t want the same situation with the current insolvency system.”

The Supreme Court has given this 190-page decision to Ebix Singapore Pvt Ltd. to dismiss the petition. Ebix had challenged the decision of the National Company Law Appellate Tribunal (NCLT) on a petition by the committee of creditors of Educomp. The NCLAT had set aside the NCLT’s decision to allow the withdrawal of Ebix’s resolution plan.

Apart from this, the top court has given this decision in response to the petition of two other companies on the same issue. These companies had also raised the issue of the right to withdraw or rectify the resolution plan under the IBC.

15/03/2021/10:27:pm
Rome: In Italy, the severe lockdown has been imposed in half of the country when Corona Virus infection cases again increase significantly and hospitals...

Lockdown in many cities of Chhattisgarh

20/09/2020/11:07:am
Raipur: In view of increasing cases of Coronavirus infection in Chhattisgarh, Raipur district administration has decided to impose a lockdown from 21 September to...

Antibody cocktail is unlikely to cause further mutations of Covid-19: Dr. Gangakhedkar

10/01/2021/10:32:am
New Delhi: Aryan Jain, a high school student of Gurugram is also among the winners of an app development competition organized by NASA. According...