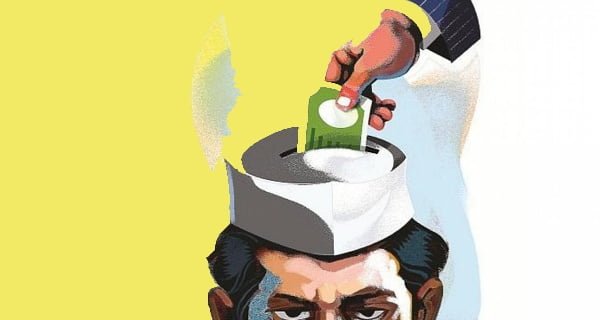 New Delhi: The Association for Democratic Reforms (ADR), an organization working for electoral reforms, has said in a new report that regional parties raised Rs 445.77 crore in 2019-20 from undisclosed sources, which is 55.50 percent of their total income. Of this, 95.616 percent or Rs 426.23 crore came from electoral bonds and regional parties collected Rs 4.97 crore from voluntary contributions, the ADR report said.

“An analysis of the income tax returns and donation details of the parties filed with the Election Commission (ECI) reveals that the sources are largely unknown,” the report said. At present, political parties are not required to disclose the names of people or organizations giving less than Rs 20,000. As a result, the source of a large part of the funds cannot be traced and these funds are from unknown sources.”

The ADR said the contribution reports of the Aam Aadmi Party (AAP), Indian Union Muslim League (IUML), and Lok Janshakti Party (LJP) are available on the website, but the contribution figures of these parties for the financial year 2019-20 in their annual audit. Reports and contributions show discrepancies declared in the report (contributions above Rs.20,000).

The ADR said the amount of total contribution declared by AAP, IUML, and LJP in its audit report is less than the amount of total contribution declared by them (just over Rs 20,000) to Rs 6.10 crore, Rs 31.20 lakh, and Rs 4.16 lakh respectively. . “During the financial year 2019-20, the total income of regional parties from undisclosed sources was Rs 445.77 crore and 55.50 percent of their total income, as declared in their audit report,” the report said. 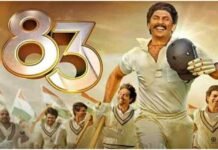 24/06/2021/9:52:am
Madrid: John McAfee, the creator of McAfee Antivirus Software, has been found dead in a prison cell near Barcelona. A government official told this....

In the meeting with Sonia, the Chief Ministers said – NEET and JEE examinations...

05/12/2021/8:36:pm
New Delhi: Indian off-spinner Ravichandran Ashwin achieved a big achievement on the third day of the second Test match of the series against New...