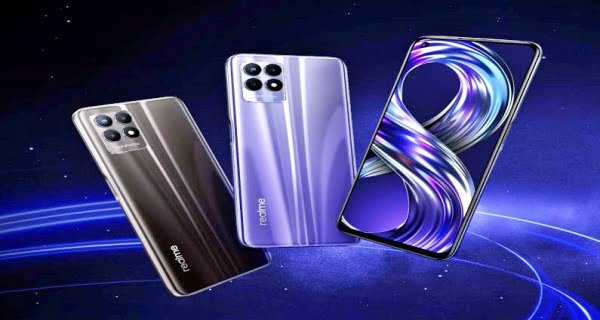 New Delhi: Smartphone maker Realme has launched the latest models of Realme 8 series Realme 8i and Realme 8s 5G phones in India on 9 September. The two new smartphones in the mid-range segment come with a hole-punch display design and triple rear cameras. 5000 mAh battery has been given in both the phones.

Features of Realme 8s 5G
The Realme 8s will be powered by the octa-core MediaTek Dimensity 810 chipset, with 6nm architecture available. The device will get up to 8GB of RAM and will also have the option of dynamic expansion up to 5GB. The total thickness of the phone will be 8.8mm. This smartphone has been launched with a triple-lens 64MP primary camera with a macro lens and another depth sensor. The device has a 6.5-inch Full HD+ screen. The phone has 33W fast charging and a 5000mAh battery unit. Realme 8s 5G comes with Realme UI 2.0 which is based on Android 11.

Features of Realme 8i
Realme 8i will have a 6.6-inch display that will get a refresh rate of 120Hz. The touch sampling rate of 180Hz will also be available in the display. Also, the display will also have a punch hole for the front-facing snapper. The phone will be powered with MediaTek Helio G96 chipset with up to 6GB of RAM with a provision of dynamic RAM expansion of 5GB. Also, it has a 5000mAh battery with 18W fast charging. The phone has a triple-lens camera in which the primary lens is a 50MP lens unit.

10/11/2021/1:27:pm
Barmer: A major accident took place in the Pachpadra area of ​​the Barmer district of western Rajasthan today. There was a huge collision between...

Which states in the country unlocked with reduction in corona cases? know everything here

10/06/2021/2:44:pm
New Delhi: With the weakening of corona second wave, unlock procedure is started in the country. Most of the states has started partials or...