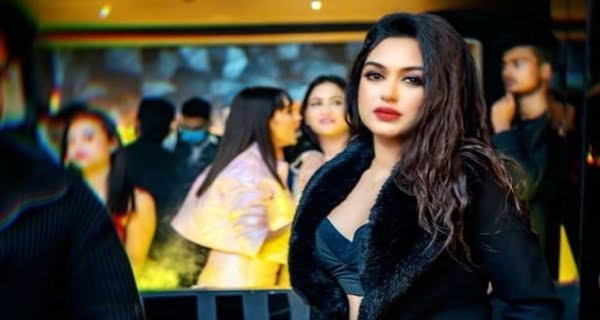 Mumbai: The NCB custody of Aryan Khan, son of Bollywood superstar Shahrukh Khan, arrested in the drugs case, has ended, after which Aryan was sent to judicial custody. Is. Let us inform you that along with Aryan Khan, Munmun Dhamecha was also arrested in the case of seizure of drugs on the ‘Cordelia the Impress’ cruise. Meanwhile, the video of the accused Munmun Dhamicha, who was caught from the cruise on social media, hiding the drugs pill in sanitary pads, is becoming increasingly viral.

NCB shared the video!
In fact, regarding the video going viral on social media, the NCB has told that it is a video of the seizure from Munmun’s room, and it was made during the search on the cruise. In this 28-second video, it can be seen that the drug pill was hidden in a paper bag inside the sanitary pads.

Who is Munmun Dhamecha?
According to media reports, Munmun is a model and belongs to a business family. Munmun hails from the Sagar district of Madhya Pradesh but has been living in Delhi for a long time. At the same time, neither she herself lives nor any member of her family in Madhya Pradesh. At the same time, there are many photos of him partying on the Instagram account that is being told of Munmun. Along with this, celebs are also seen with him in some pictures. Please tell that Munmun is currently in jail in judicial custody.

06/06/2020/7:20:pm
New Delhi. The third phase of the Vande Bharat Mission started by the government to bring back the Indians trapped abroad due to the...

05/10/2020/12:00:am
Odense, Denmark:  PTR Robots, a Danish service-robot company, announced the world premiere of its robot that can mobilize and transfer patients. Jointly developed with healthcare...

Even after Riya’s release, Shovik did not get relief, increased judicial custody

14/01/2021/9:43:pm
Washington: Lady Gaga will sing the National Anthem at the Oath Ceremony of Joe Biden, the newly elected President of America, while Jennifer Lopez...

19/06/2021/7:57:pm
Chandigarh: Legendary athlete Milkha Singh was cremated with full state honors on Saturday, marking the end of an era that set many new records...