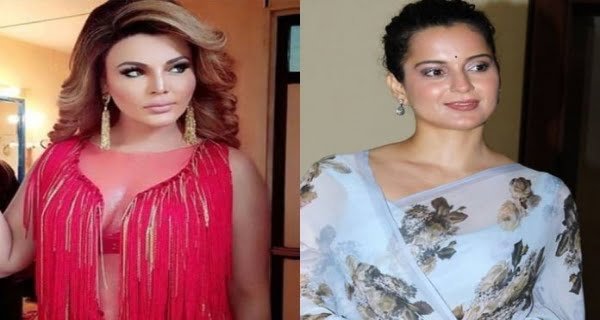 Mumbai: Controversies have started one after another in Bollywood for the last few days. The industry is divided into two parts. Sometimes debate about nepotism and sometimes debate on movie mafia starts. Meanwhile, Bollywood actress Kangana Ranaut is in the news due to her controversial statements. Meanwhile, now a picture of Kangana Ranaut has gone viral on social media. In which she is seen alongside Mahesh Bhatt.

After the death of Sushant Singh Rajput, people have been targeted at director Mahesh Bhatt. Kangana Ranaut has been accusing others like Karan Johar of being nepotism from the beginning. Recently Rakhi Sawant (Rakhi Sawant) Shared this viral photo of Kangana Ranaut and Mahesh Bhatt on their Instagram account. He wrote in the caption of this picture, ‘New twist in Sushant case’.

Meanwhile, Mahesh Bhatt was questioned by the police in the case of Sushant’s death. After this incident, Alia Bhatt was criticized by the people. Alia Bhatt was also called Napo Kids. Kangana created an uproar by telling the inside story of Bollywood. This is not the first time Rakhi Sawant has targeted Kangana.

How to Stay Young and Energetic Despite Stress

11/01/2022/9:28:pm
Too much stress can lead to nervousness, depression, and other health problems, so it's important to learn to manage stress if you don't want...

Relief in some more cases amid Janata curfew in Indore, restrictions in these cases...

06/06/2021/10:34:pm
Indore: Amidst the Janata curfew in the city, the district administration has given relief to the people in some more cases. After the meeting...

Clashes between police and villagers on Assam and Mizoram border, six soldiers killed

26/07/2021/8:22:pm
Guwahati: The border dispute in the northeastern states of Assam and Mizoram is deepening. The ongoing dispute in the last one month is now...

What did Kapil Dev say when Ravichandran Ashwin broke his record?...