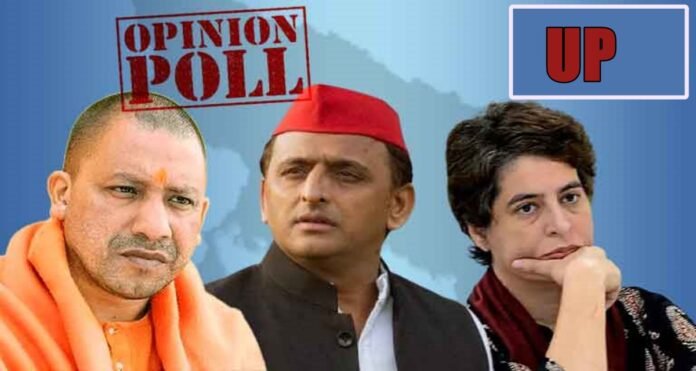 Lucknow: Although assembly elections are going to be held in 5 states in the country, most of the eyes are on Uttar Pradesh. Perhaps this is the reason why the UP assembly elections are also called mini Lok Sabha elections. In the midst of all this, the results of the opinion polls conducted by various survey agencies and media organizations regarding the Uttar Pradesh Assembly Elections 2022 have come. Barring DB Live (144 to 152 seats for BJP), all major agencies have predicted more than 200 seats for BJP. In the Poll of Polls also, it has come to the fore that the BJP will get 221 to 231 seats. Samajwadi Party (SP) is expected to emerge as the second-largest party in the state. At the same time, Bahujan Samaj Party and Congress can remain at number three and fourth respectively.

01/04/2022/9:44:pm
Colombo: Hundreds of protesters gathered outside his residence demanding the resignation of Sri Lankan President Gotabaya Rajapakshe, following which 45 people were arrested, and...

21/06/2021/9:05:pm
Islamabad: Pakistan has received 15.5 lakh doses of China-made anti-Covid vaccine on Sunday. At the same time, the vaccination campaign has been intensified to...

27/11/2021/7:34:pm
New Delhi: According to news, Dhaka Police has recovered more than 70 million fake Indian currency manufactured in Pakistan. According to a report by All...

What Preity Zinta Posted After Her Lunch Date With Iulia Vantur

By-elections in 3 Lok Sabha and 29 assembly seats in the...

Amar Singh had donated crores of property to the RSS-linked organization...