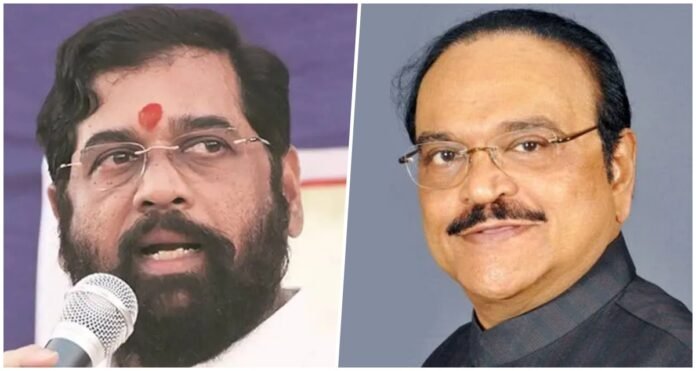 Nagpur: When Balasaheb Thackeray formed Shiv Sena in 1966 on the basis of the existence of Hindutva and Marathi, it was said that no Shiv Sainik can do traitors, but for the first time in 1991 in Nagpur, Chhagan Bhujbal formed the party with 9 MLAs during the winter session. By rebelling, that myth was broken. Shiv Sainiks were furious at that time. A search was launched for Bhujbal and his bungalow was set on fire. Exactly the same history repeated late Monday night. Now Bhujbal is replaced by Eknath Shinde. Once again there is anger among Shiv Sainiks over their rebellion against the party.

Bhujbal rebelled from Nagpur. Questions are being raised about whether Shinde’s rebellion also has a Nagpuri connection. Due to his ambition, Bhujbal revolted and gave the first push to Shiv Sena. After that Narayan Rane left the party after the murder case of NCP worker Satyavijay Bhise in Kankavli. He felt that the hand of the party was not on his back. He switched to Congress in 2005 with 10 MLAs. Both the rebels had entered the Congress.

Vidarbha’s connection to Rane’s rebellion
Rane had rebelled in Mumbai but was supported by Vijay Wadettiwar, the then minister in the state government, and Prakash Bharsakale, MLA from Daryapur in the Amravati district. After Rane’s rebellion, there was a lot of ruckus in the winter session in Nagpur. Rane’s rebellion also has a Vidarbha connection. Rane was said to be the right hand of Balasaheb. He was the Revenue Minister in Manohar Joshi’s cabinet in 1995. When Joshi was accused of corruption, Rane was made chief minister for six months. He was also the leader of the opposition party. He was saddened when Balasaheb made Uddhav Thackeray his successor. After that the 2002 murder case, he felt that if the party was not with him, he went to Congress in 2005. Presently he is in BJP.

Bhujbal remained loyal for 25 years
When Bhujbal revolted, no one could believe it because Bhujbal, a 25-year loyalist in Shiv Sena, was made the mayor of Mumbai. After electing 52 MLAs in the 1990 assembly elections, he was to be the Leader of the Opposition, but Manohar Joshi was given the post. Then Bhujbal became sad. At that time the Congress government was under the leadership of Sharad Pawar. In 1991, in the winter session, Bhujbal rebelled against the party and joined the Congress. At that time Shiv Sainiks had become aggressive. Now that Eknath Shinde is a rebel, Shiv Sainiks are burning his effigy. Shiv Sainiks reached his house. It is discussed that all the MLAs and associate members of Shiv Sena from Vidarbha are standing in his support.

A Selfie OF Pankaj Kapur And His “Great Fan” Kapil Sharma

24/12/2020/10:16:am
Washington: Pfizer and BioNTech will supply 100 million additional doses of Covid-19 Vaccine to the US under a new agreement. Pharmaceutical companies said on...

India will play against New Zealand after T20 World Cup 2021, know the full...