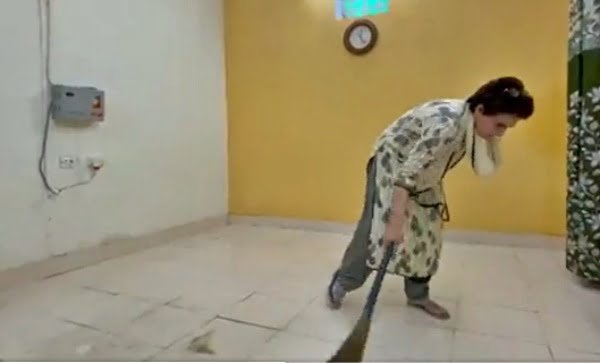 Sitapur: After the violence in Lakhimpur Kheri, the political developments in Uttar Pradesh are changing rapidly. Congress General Secretary Priyanka Gandhi, who was trying to go to Lakhimpur to meet the families of the victims of Sunday’s violence, was taken into custody by the police in Sitapur. Priyanka Gandhi has been kept at the PAC guest house in Sitapur, where she was seen giving a message by sweeping the floor. It is being told that after the detention, Priyanka Gandhi started fasting. Their only demand is that I will not go without meeting the farmers. At present, the video of Priyanka sweeping the broom is becoming increasingly viral on social media.

Let us inform that after the death of eight people, including four farmers, in the Tikonia area of ​​Lakhimpur Kheri, Priyanka Gandhi, who was on her way to the spot early on Monday, was taken into custody in Sitapur on her way. Eight people, including four farmers, were killed in the violence that broke out in Tikonia area of ​​Lakhimpur Kheri district on Sunday during farmers’ protest over the visit of Uttar Pradesh Deputy Chief Minister Keshav Prasad Maurya. According to the information, the STF will take over the investigation from Monday evening itself. On the other hand, the police have identified 24 people from the viral video after the violence. Along with this, the police is interrogating seven people by taking them into custody.

Earlier, in the entire case, the police have registered an FIR against 14 people, including Ashish Mishra, son of Union Minister of State for Home Ajay Mishra Teni, under several sections including murder, criminal conspiracy, and rebellion. However, no one has been arrested in this case so far. On the other hand, the round of meetings between the Lakhimpur district administration and farmers is going on. Farmers demand that Ajay Mishra should be removed from the post of minister. His son Ashish Mishra should be arrested. Apart from this, compensation of one crore each to the kin of the deceased and a government job to one member of the family should be given. 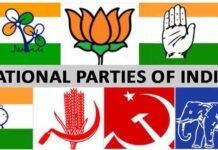 Joint Statement Between Velodyne and RoboSense

18/08/2020/9:02:am
Kolkata: Vishwa Bharati University was closed indefinitely on Monday after violent protests against the construction of boundary walls at Pausha Mela ground. Chief Minister...

e-waste putting lives and health at risk of millions of children: WHO

16/06/2021/8:58:am
Geneva: Effective and binding action is urgently required to protect the millions of children, adolescents, and expectant mothers worldwide whose health is jeopardized by...