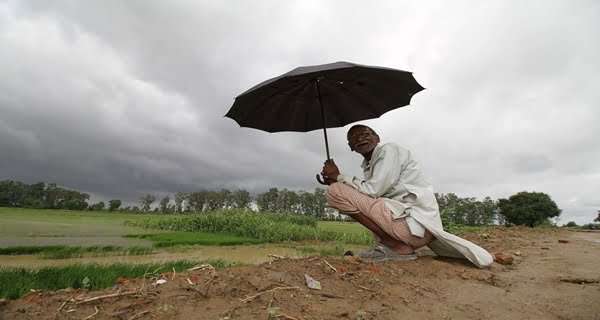 New Delhi: The India Meteorological Department said that the monthly rainfall for July is likely to be normal across the country, but below normal in many parts of East (Bihar, Jharkhand, West Bengal, Odisha, and Chhattisgarh) and Northeast India. Might be possible. On Friday, the IMD said in its report that a rainfall deficit of 8% was recorded in June. The IMD has said in its report that the spatial distribution shows that there is a possibility of normal or above-normal rainfall in some parts of North India, most of Central India, and the South Peninsula.

Normal or below normal rainfall is very likely over most parts of East and North East India and adjoining areas of East-Central India and some parts of West South Peninsular India. Monthly rainfall for the entire country is likely to be normal for July 2022. On the other hand, regarding the temperature, the IMD said that most parts of the country are likely to have normal or above normal maximum temperatures. Below normal minimum temperatures are likely over West India, Northeast India, and parts of Peninsular India.

Meanwhile, the ongoing sowing of Kharif crops has coincided with the advance of monsoon over northwest India, which could lead to higher than normal acreage this season. Because the monsoon is expected to reach the entire country by Wednesday, July 8, two days before normal. According to the report of the Times of India, on July 13 last year with a delay of five days, the monsoon covered the entire country. An official overseeing the sowing operations said, “With the onset of monsoon a little early in the northwest, the region will have a good Kharif crop.”

05/07/2021/9:36:am
Peshawar: The Pakistan Army has commissioned a rare Buddha statue to enrich the collection of the famous Peshawar Museum and help promote religious tourism...

07/09/2021/9:07:pm
Mumbai: A court in Mumbai has temporarily banned the game 'Salmon Bhoi' from the Play Store. This game which has recently become popular among...

Sushant Singh Rajput will always shine in the sky, Fan gets...