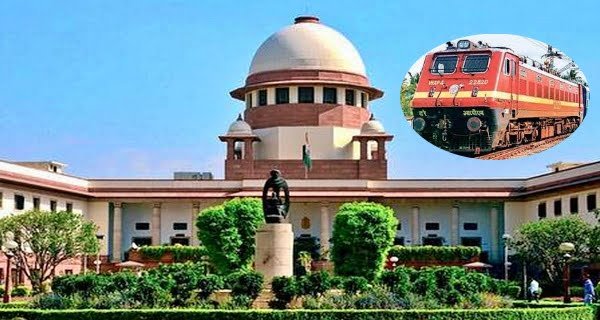 A bench of Justice MR Shah and Justice Aniruddha Bose said, “If public transport is to compete with the private sector, it needs to improve its systems and operations.” Railways cannot run away from their responsibility. If the train fails to inform the passengers about the reason for the delay, then the passengers will have to be compensated.” He further said, the time of the passenger is invaluable and someone has to take the responsibility for being late. The passengers cannot depend on the mercy of the authorities or the administration.

SC had given the decision after hearing this matter
Sanjay Shukla was traveling in Ajmer-Jammu Express with his family on 11 June 2016. The train was to reach Jammu at 8:10 am. But the train reached the place at 12 o’clock. The flight he was supposed to leave from Jammu airport at 12 noon had left. So he and his family had to travel by taxi from Jammu to Srinagar.

He had to pay Rs 15,000 for this journey. He had to pay a separate cost of 10 thousand rupees to stay in the hotel. Due to this unnecessary trouble, Shukla had reached the district consumer panchayat. After this, the Alwar District Consumer Forum ordered North Western Railway to pay Rs 30,000 to Sanjay Shukla. State and national fora also upheld the consumer forum’s decision.

Let us tell you that this decision was challenged by the Railways in the Supreme Court. Additional Solicitor General Aishwarya Bhati presented the case on behalf of Railways. He told the court that as per Rule 114 and 115 of Railway Conference Association Coaching Tariff No. 26 Part-I (Vol.-I), there was no obligation on the Railways to compensate for the delay of the train. But the court did not accept his argument. The court, while rejecting the application of the railways, said that the railways could not prove what caused the delay. He will have to compensate the passengers for compensation.

Major Fire At Kolkata Slum, Blaze Under Control After 4hrs

14/01/2021/10:35:am
Kolkata: A slum in north Kolkata’s Bagbazar area was turned into ashes as a major fire broke out on Wednesday evening, leaving hundreds of...