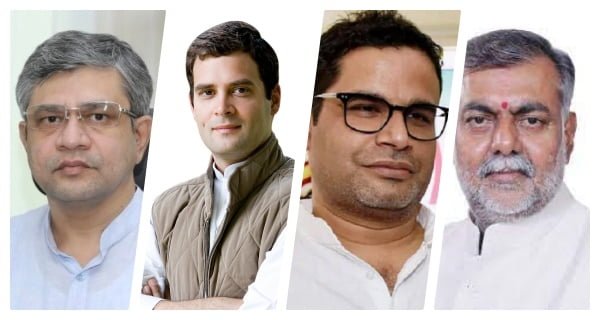 The website is part of a 17-member consortium that acted as media partners to an investigation by Paris-based non-profit organization Forbidden Stories and rights group Amnesty International into a leaked list of over 50,000 phone numbers across the world that are believed to have been the target of surveillance through Pegasus.

More than 300 verified mobile phone numbers, including two serving ministers, 40 journalists, three opposition leaders, and one sitting judge besides scores of business persons and activists in India were possibly targeted for hacking through the Israeli spyware sold only to government agencies, the international media consortium reported on Sunday.

The government, however, dismissed allegations of any kind of surveillance on its part on specific people, saying the report “has no concrete basis or truth associated with it whatsoever”.

Pegasus traces were also found on Kishor’s phone for 14 days in June 2021 and 12 days in July 2021, including July 13, the day he met Congress leaders Rahul and Priyanka Gandhi in Delhi. Pegasus is sold by the Israeli company NSO Group, which says it only offers its spyware to “vetted governments”. Pegasus was in the news in 2019 when it was found that spies used the spyware to hack into phones of roughly 1,400 users around the world, including 121 Indians.

Rahul Gandhi’s friends are also among the targets
At least two mobile phone accounts used by Congress leader Rahul Gandhi were also listed as potential targets, The Wire reported. Five of his social friends and acquaintances’ phone numbers were also added to the list of targets, none of whom are involved in politics or public affairs.

The phone numbers of Ashwini Vaishnaw, who was recently appointed the Minister of Communications, Electronics, and Information Technology, and Prahlad Singh Patel, Minister of State for Jal Shakti, were also among the verified Indian numbers listed as potential targets for surveillance during 2017-2019.

The list, according to The Wire report, also featured “the personal secretary to Vasundhara Raje Scindia, when she was the BJP’s chief minister in Rajasthan, and Sanjay Kachroo, who worked as an officer on special duty (OSD) for Smriti Irani in her first years as a Union minister in the Modi government from 2014-2015”. The report said some junior politicians linked to the Centre’s ruling Bharatiya Janata Party (BJP) and Vishwa Hindu Parishad leader Pravin Togadia too featured in the database.

Govt responds, denies claims
IT minister Vaishnaw, however, said in the Lok Sabha on Monday, the first day of the monsoon session, that a “highly sensational story was published on Sunday night”. He said many over-the-top allegations had been made around this story.

“Hon’ble Speaker Sir, the press reports have appeared a day before the Monsoon session of Parliament. This cannot be a coincidence,” he said in the House. Vaishnaw pointed out that in the past, “similar claims” were made regarding the use of Pegasus on WhatsApp and that those “reports had no factual basis”.

The presence of a phone number in the data does not reveal whether a device was infected with Pegasus or subject to an attempted hack, he stressed. Therefore, the report itself clarifies that the presence of a number does not amount to snooping.

He also pointed NSO’s reaction to the controversy. “NSO Group believes that claims that you have been provided with, are based on a misleading interpretation of leaked data from basic information, such as HLR Lookup services, which have no bearing on the list of the customers’ targets of Pegasus or any other NSO products,” he quoted a company statement as saying.

Vaishnaw stressed that NSO has also said the “list of countries shown using Pegasus is incorrect and many countries mentioned are not even our clients. It also said that most of its clients are western countries”.

“In India, there is a well-established procedure through which lawful interception of electronic communication is carried out for the purpose of national security, particularly on the occurrence of any public emergency or in the interest of public safety, by agencies at the Centre and States,” Vishnaw said, adding there was no “substance behind the sensationalism”.

HC seeks response from Center and RBI regarding this petition, Facebook, Google, and Amazon...

08/10/2020/12:45:am
Mumbai, Maharashtra, India:  Anytime Doctor on Call Service on Apollo 24|7 platform for HDFC Bank CustomersFinancial Support for everyday medical needs at Apollo Hospitals  ​In a...

11/01/2021/10:37:am
Bengaluru: With a historic step, a team of women pilots of Air India took the longest direct route from San Francisco to Kempegowda International...