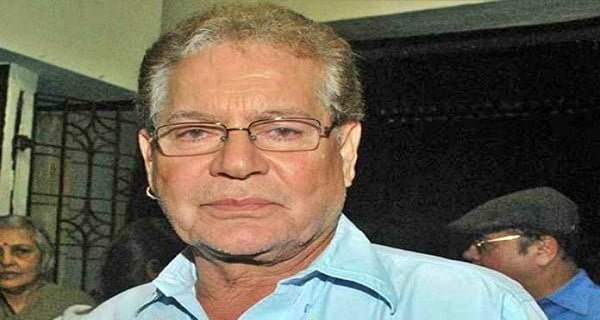 Mumbai: Legendary screen-writer and film producer Salim Khan recently revealed in an interview that he did not like his son Salman Khan‘s latest film Radhe: Your Most Wanted Bhai. However, he praised Salman’s other films, including Dabangg 3 and Bajrangi Bhaijaan.

Talking to Dainik Bhaskar in Hindi, he said, “The film prior to this Dabangg 3 was different. Bajrangi Bhaijaan was good and totally different. Radhe is not a great film at all, but commercial cinema has a responsibility that every person can get money. From artists to producers, distributors, exhibitors, and every stakeholder should get the money. The one who buys the cinema must get the money. Due to this, the cycle of cinema-making and business goes on. On this basis, Salman has performed. Stakeholders of this film are in advantage. Otherwise, Radhe is not that great a film.”

He further commented on the writers in Bollywood. He said that a lot of writers are not focused on learning Hindi and Urdu literature, but try to Indianise western projects. He added that Zanjeer was a film that brought Indian cinema back to the right track. “But since then, the industry has not received the replacement of Salim-Javed yet. In such a situation, what can Salman do?” he added.

Salim Khan, along with Jaaved Akhtar, has written the screenplays of around 45 films. The most popular of these are Sholay, Deewar, Zanjeer, Don, Mr. India, among others.

08/12/2020/1:22:pm
New York: Elementary schools have opened in New York City, despite the ever-increasing cases of Coronavirus infection in the US, while some cities have...

Private banks get exemption to do government business, know what will be the benefit

24/02/2021/9:31:pm
New Delhi: Finance Minister Sitharaman has made a big announcement for private banks. The government has given permission to private banks to do government...