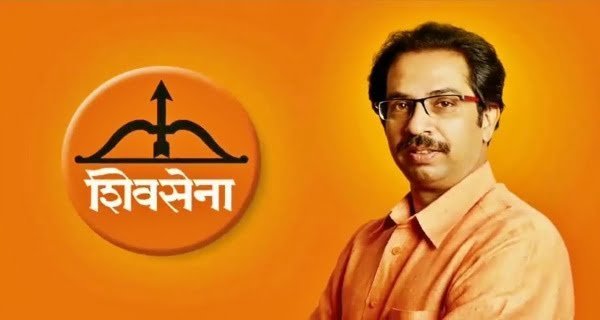 Mumbai: The Shiv Sena has made a serious charge, questioning the BJP in the Arnab Goswami chat leak case. Shiv Sena has written a big allegation that Saamna said that the killing of our soldiers in ‘Pulwama’ was a political conspiracy under the country. The blood of these 40 soldiers was shed to win the Lok Sabha elections, such allegations were also made at that time. Now Arnab Goswami’s WhatsApp chat has come out, it is going to force those allegations.

The Shiv Sena said that Goswami made public many confidential things related to national security, why BJP does not do ‘Tandav’ on this? China entered into Ladakh and occupied Hindustani land. China is not ready to retreat, why is there no ‘tandava’ on it? Let us know just who exactly were the people who destroyed the national security by giving confidential information to Goswami! Expressing rejoicing over the killing of 40 soldiers by Goswami, it is an insult to the nation, God and religion.

Saamana has slammed the BJP and wrote that the BJP is standing in opposition to the ‘Tandava’, why is he sitting silently with a finger in his mouth in connection with Arnab Goswami who insults Bharat Mata? Pakistanis may not have insulted the Indian soldiers and their martyrdom as much as Goswami has insulted them.

Congress also demanded an investigation
Senior Congress leaders and former Defense Minister AK Antony, including Sushil Kumar Shinde, Salman Khurshid and Ghulamnabi Azad, have also demanded an inquiry into the entire matter and take action under the ‘Government Secrecy Act’ in the Journalist Council on Wednesday. Describing the entire matter as treason, Congress leaders have also indicated to raise the issue in the Parliament session. The truth, in this case, should be brought out by the government.

06/07/2020
There are multiple indicators that China has deployed its advanced Air defense system S300 or HQ9 battery very close to Pangong Tso lake. This...

12/09/2020
Tehran: The currency of Iran fell to its all-time low on Saturday against the Dollar. The Iranian Rial has lost 30 percent against the...

12/01/2021
Dewashish Upadhyay A story spanning over a decade, between two characters and the emotional bond between them. As the title of the book suggests, it's...

26/08/2020
New Delhi: Gold and silver prices are falling in the domestic market due to the falling prices in the foreign markets and the strengthening...

19/08/2020
New Delhi: The Supreme Court on Wednesday said that the legitimacy of the investigation into the unnatural death of actor Sushant Singh Rajput is...