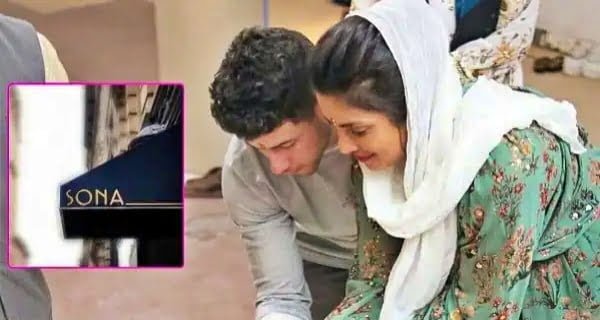 Mumbai: After showing her style in Bollywood, Priyanka Chopra is now ruling Hollywood. Recently Priyanka’s book ‘Unfinished’ was released, in which she has opened all the days of her life. Now Priyanka has brought another big gift for her fans. After acting, she has now decided that she will reach the hearts of people through stomach. Priyanka Chopra has opened a luxurious restaurant in New York, giving a big gift to her Indian fans living abroad.

Priyanka Chopra Jonas has named his restaurant Sona in which he has expressed his love for Indian food. A small puja was also kept for its inauguration. She has shared a post on his Instagram account, sharing the pictures of the restaurant.

Priyanka Chopra wrote in her post. ‘I feel very excited to present Sona (SONA) in front of you. A new restaurant in NYC where I have shown my love for Indian food. SONA is a symbol of the Indian flavors I grew up with. The kitchen will be run by Chef Hari Nayak, who is extremely talented. They have prepared a very tasty and innovative menu, which will take you on a food trip to my country.
Priyanka told that ‘SONA is opening this month and I am not able to wait to see you all there. This effort would not have been possible without my friends Manish Goyal and David Robin.

In his post, he told that the second and third picture in this post was taken in September 2019, when he kept a small puja for this place.

13/11/2020
Mumbai: American singer Cardi B is in the news these days. Recently, Cardi B had a photoshoot as Goddess Durga. After which a lot...

04/10/2020
New Delhi: Coronavirus infection cases in the country (India) exceeded 65 lakhs while the number of people recovering also exceeded 55 lakhs. With this,...

Trump ‘no longer a transmission threat to others’

11/10/2020
Washington: The White House physician said on Sunday that US President Donald Trump no longer posses a risk of transmitting COVID-19 to others. Dr Sean...