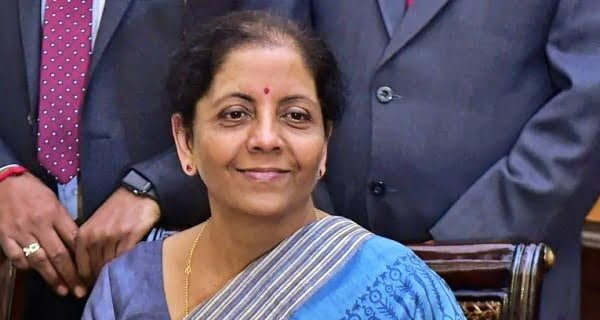 FM Sitharaman tweeted
The Finance Minister has written in his tweet that the ban has been lifted from the approval of government business private sector banks. Now all banks will be able to participate to achieve government business.

In the press release issued by DFS, it has been said that the government had given permission to some private banks earlier. Now after allowing private banks to participate in government business, it is expected that customers will get better facilities, competition will increase and standards of customer services will be better.

Government schemes will expand
With this decision of the government, social welfare schemes will also be expanded. Apart from this, the investment can also be done through private banks in small savings schemes like collecting taxes, revenue-related transactions, pension payments, and Kisan Savat Patra.

02/07/2020
New Delhi: Amazon Prime Video on Thursday announced that Vidya Balan starrer ‘Shakuntala Devi’ will have a global premiere on the streaming service on...

On the death of Mohsen Fakhrizadeh, Iran said – Israel killed, electronic device was...

30/11/2020
Tehran: A top Iranian security official on Monday accused Israel of using electronic devices to remotely assassinate an Iranian scientist who was involved in...

‘tinker man’ tinkers a little bit too much while captaining: Nasser Hussain