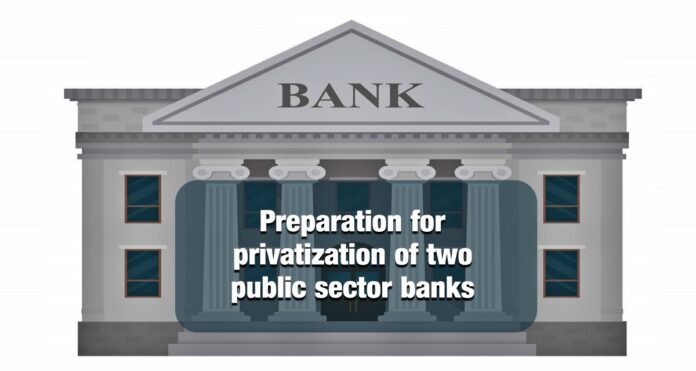 Sources said the minimum government stake in PSBs is likely to be reduced from 51 percent to 26 percent through the Banking Laws (Amendment) Bill, 2021, to be introduced during the session. However, he said that the final decision regarding the timing of introducing this bill would be taken by the cabinet.

Bank officials will protest against the privatization of banks
At the same time, the All India Bank Officers’ Confederation (AIBOC) has announced a protest in Delhi during the winter session of Parliament against the privatization plan of public sector banks. Announcing the protest, AIBOC general secretary Soumya Dutta had said that the government may introduce a bill for privatization of banks in the winter session of Parliament beginning November 29.

Dutta had said that there was no economic basis behind this move of the government, it was purely a political decision taken to hand over the bank to the ‘capitalists’. Privatization of public sector banks will affect the priority sectors of the economy and impact the flow of credit to SHGs.

Corona vaccine to be applied every day, including holidays in April

01/04/2021/3:57:pm
New Delhi: In view of the fast growing Corona Infection cases in the country, the Government has decided to intensify the Corona Vaccine campaign....

Uproar after 5 patients died due to run out of oxygen, police of 4...

23/04/2021/11:42:am
Jabalpur: As the number of people infected with the coronavirus increases, there is an outcry over oxygen in different parts of the country. Madhya...

Indians have to wait a long time to get a green card: top senator

24/07/2020/10:23:am
Washington: A top Senator of the Republican Party said that Indian citizens had to wait long to get a permanent resident certificate or green...