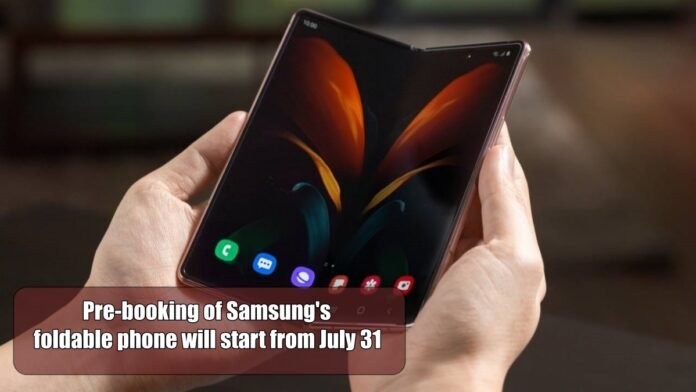 New Delhi: Samsung India on Saturday announced that customers can pre-reserve orders for the Next Galaxy smartphone from Sunday. According to the official press release, the customer will have to pay token money of Rs 1999 to buy the phone. Special offers will be given to the customers who pre-reserve the order of the smartphone.

The release said that customers pre-reserving the Next Galaxy smartphone will also get an additional benefit of Rs 5,000 on the delivery of the device. Let us know that the live-streaming of Galaxy Unpacked will be done on August 10 on Samsung Newsroom India. Interested viewers can watch it live on the company’s official YouTube channel.

14/05/2022/9:52:am
New Delhi: India has banned the export of wheat with immediate effect. The Central Government issued a notification late on Friday night and informed...

Indore also unlocked from June 1, know about restrictions and permission

31/05/2021/9:07:pm
Indore: Indore is also being unlocked like other districts from June 1. The District Magistrate has issued orders in this regard. Know what will...

Team India scored a century of victory, 7 captains reached the summit like this

Open savings account sitting at home in SBI, no tension of...