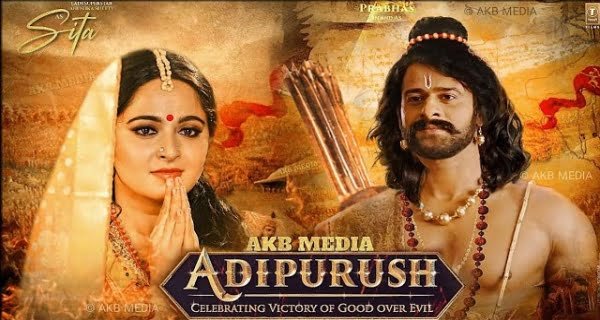 Mumbai: There is a lot of buzz at this time about South Superstar Prabhas’s upcoming film Adipurush. Prabhas has made a different identity in the world with his brilliant acting. He is liked in his country as well as abroad. After Bahubali, Prabhas has gained status all over the world. Hardly any actor would have got the fame he got from this film. His Bahubali series has taken Prabhas to the heights. After Bahubali, Prabhas has joined the list of highest-paid actors in the industry. But now it is being said that after Prabhas’s superhit film Bahubali, now Om Raut is using the best VFX ever in his film. According to the news, while Bahubali 2 had 2500 visual effects shots, now Adi Purush will have more than double that means 8000 visual effects shots.

That is, Aadipurush will have three times the visual effects shots than Bahubali. It is so clear that these effects are going to drive the fans crazy on screen. Ever since this news has come out, enthusiasm is being seen among the fans of Prabhas. Fans are now waiting for the film, because with 2500 visual effects, Bahubali did such a wonderful job, then with 8000 visual effects shots, Adipurush will know how amazing. It is also clear that the film has broken the record of Bahubali even before its release. In this Prabhas film, Kriti Sanon will be seen in the role of Sita. While the character of Lankesh will be played by Saif Ali Khan. Not only this, Sunny Singh is preparing to appear in the role of Laxman in the film.

If reports are to be believed, the film is being made with a mega-budget of Rs 400 crore. Apart from Hindi, this film will be released in many languages. Bhushan Kumar is producing this mega-budget film. Apart from Prabhas Adi Purush, Salar is in the headlines for Radhe Shyam. Prabhas is also in discussion about the film being directed by Nag Ashwin. In this film, she is going to be seen with Bollywood actress Deepika Padukone. Apart from Deepika Padukone and Prabhas, Amitabh Bachchan is also going to be seen in the film. Not only this, but director Siddharth Anand is also preparing to make a film about superstar Prabhas. If reports are to be believed, it could be War 2 with Hrithik Roshan. Well, we are eagerly waiting for the confirmation of these reports.

29/10/2020/5:28:pm
Paris: Following the murder of a teacher by cutting his throat in France in the Prophet cartoon controversy, another similar murder case has now...

2 Doctors Get 10 Years In Jail For Woman’s Death

Bizox Media Network has Announced the Name of Winners for Leaders Awards (Virtual) –...