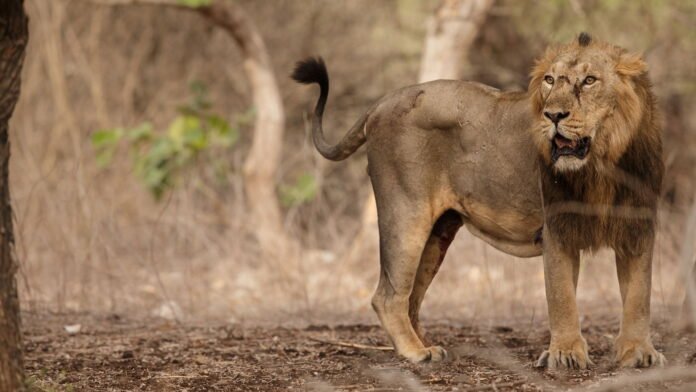 The 15th lion census which was scheduled to take place this month was not carried out due to Corona virus pandemic.

The Poonam avalokan exercise was conducted on 5th and 6th of this month in 9 districts of Saurashtra in which the Forest department used the block count method. Around 1400 forest personnel were involved in the exercise. Apart from the direct count, various additional tools such as GPS location, individual identification marks, radio collars have also been used. The exercise shows that the lion distribution area has increased by 36 percent.

In 2015, the lion population was seen in 22,000 sq km of Gir forest which has increased to 30,000 sq km in 2020. Talking to AIR, Chief Conservator of Gir Forest of Junagadh division Dushyant Vasavda said multiple strategies and interventions have been implemented to conserve the population of Asiatic lions which include people’s participation, use of modern technology, wildlife health care such as import of CDV vaccine and human-lion conflict mitigation. The Gir forest in Gujarat is the last abode of Asiatic lions.

18/03/2022/9:46:pm
New Delhi: Indian Embassy has again issued an advisory for the people trapped in Ukraine. In fact, some Indians are still living in many...

Complete vaccination of more than 20 million adolescents in the country: Mansukh Mandaviya

The right time to wash away the sins of racism: Joe Biden

Bank will be closed on these days in September, check the...