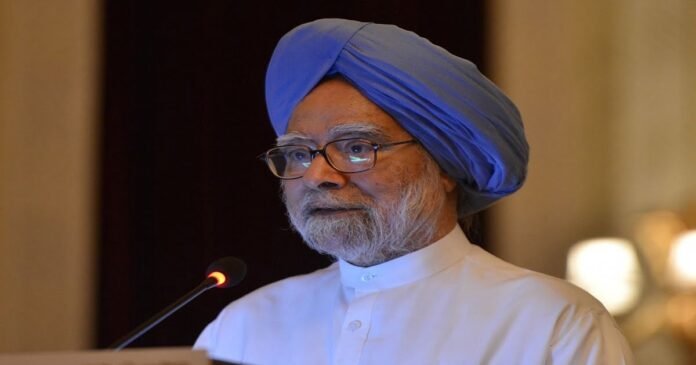 New Delhi: Former Prime Minister Manmohan Singh on Monday criticized Prime Minister Narendra Modi’s recent statement on the deadlock with China in Ladakh, saying that Modi should not give strength to China’s conspiratorial stance with his statement and all the organs of government should come together The challenge should be faced. Singh also said that misleading propaganda can never be a substitute for diplomacy and strong leadership and it should be ensured that the sacrifice of the soldiers does not go in vain. Significantly, Prime Minister Modi had said in an all-party meeting on Friday on the subject of India-China tension that neither anyone entered our area nor did anyone capture our post. Regarding his statement, the Prime Minister’s Office on Saturday said that “mischievous interpretation” is being tried in some circles of the remarks made by Prime Minister Modi in the all-party meeting.

Former Prime Minister Singh said in a statement, “On 15-June 16, 2020, 20 brave soldiers of India in the Galwan Valley laid down their lives for the country, performing their duty with valor. We are grateful to these courageous soldiers and their families for this supreme sacrifice. But his sacrifice should not go in vain. ” Singh said, “Today we are standing at a critical juncture in history. The decisions of our government and the steps taken by the government will decide how future generations will assess us. Those who are leading the country have a duty of duty on their shoulders. ” According to him, this responsibility is the responsibility of the Prime Minister of our country. The Prime Minister should always be very careful about the impact on the security and strategic and terrestrial interests of the country through his words and declarations.

The former Prime Minister said, “China has infiltrated the Indian border many times in the Galvan Valley and Pangong So Lake area from April 2020 till date. We will neither bow down to their threats and pressure nor accept any compromise with our terrestrial integrity. ” He said, “The Prime Minister should not give strength to his conspiratorial stance by his statement and ensure that all organs of government work in mutual agreement to face this threat and prevent the situation from becoming more serious.” ” Singh said, “This is the time when the whole nation has to unite and get organized and respond to this daring.” We will warn the government that misleading propaganda can never be an alternative to diplomacy and strong leadership.

Truth cannot be suppressed by the propaganda of lies propagated by backward associates. He said, “We request the Prime Minister and the Central Government to face the challenges of the times and Colonel B.C. Stand the test of sacrifice by Santosh Babu and our soldiers, who laid down their lives for ‘national security’ and ‘terrestrial integrity’. ” The former prime minister said that anything less than this would be a historic betrayal from the mandate.

19/06/2020/10:34:am
Bhopal(MP): Online classes for children up to fifth class, were banned in government and private schools of the state. In this regard, the State...

23/01/2023/5:52:pm
Indore:  In Indore, Hindu organization workers caught a Muslim youth from Gangwal bus stand on Sunday night. He was getting the Hindu girl intoxicated...

James Cameron released new poster of ‘Avatar: The Way of...