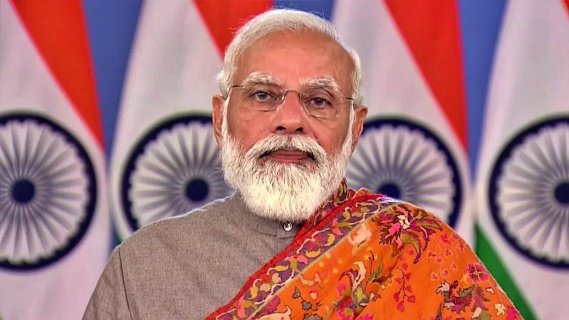 New Delhi: Prime Minister Narendra Modi, while addressing the countrymen, made a big announcement on Friday and said that his government will withdraw all three agricultural laws and the necessary process will be completed in the upcoming Parliament session. Will. The central government will constitute a committee for this. He said that despite our efforts, our government could not understand the farmers’ protest and I apologize to the countrymen that there must have been some lack in our own efforts. The PM told the protesting farmers that on the occasion of Gurpurab, you return to your home and farm.

Prime Minister Narendra Modi said that ‘three agricultural laws were brought in the great campaign to improve the condition of the farmers. The motive was that small farmers should get more power and they should get the right price for their produce. For years, agricultural experts, organizations, and scientists of the country were making this demand. Many governments had churned in the past as well. This time too there was a discussion in the Parliament and we will bring a law. In every nook and corner of the country, various farmer organizations welcomed and supported. I thank all of them so much for their support today.

The PM said that ‘our government has brought this law with full sincerity for the bright future of the poor, especially for the welfare of small farmers. Despite our efforts, we could not convince some farmers even though only a section of farmers was opposing. Scientists, agricultural law experts tried to convince them. We left no stone unturned to understand the farmers’ point of view and their arguments. He also talked about the provisions of the law on which he had objections. Today, while apologizing to the countrymen, I want to say that we could not convince some farmers.

Humanity embarrassed in Rajasthan, delivery at the hospital gate

26/09/2020/9:51:pm
Bharatpur(Rajasthan): A shocking news came out today in Bharatpur, Rajasthan, where the ambulance worker did not let the pregnant woman inside the hospital for...

17/06/2020/9:23:pm
Indore(MP): In protest against the killing of 20 Indian soldiers in a violent clash with Chinese soldiers in the Galvan Valley of Ladakh, transporters...

Shiv Sena to Contest 30 to 40 Seats in Bihar: Sanjay Raut