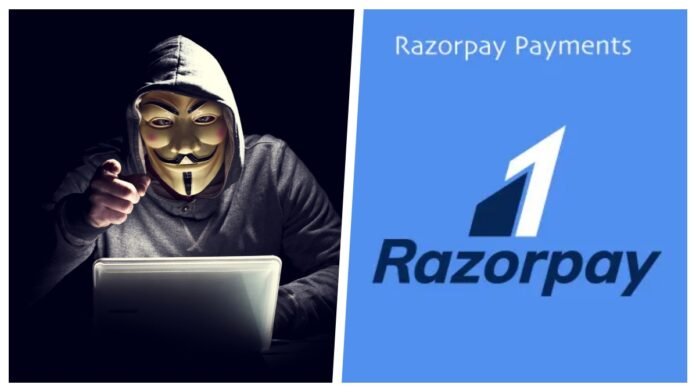 New Delhi: Hackers and fraudulent customers have stolen Rs 7.38 crore by tampering and manipulating the authorization process of RazorPay software to authenticate 831 failed transactions, according to a police complaint filed by a payment gateway company. Razorpay’s head of legal disputes and law enforcement Abhishek Abhinav Anand, in his complaint filed with Delhi’s South-East Cyber ​​Crime Cell on May 16, said the company was unable to recover Rs 7.38 crore against 831 transactions.

The complainant said that upon contacting Fiserv, a fintech and payments company ‘Authorization and Authentication Partner’, Razorpay was told that these transactions had failed and were not authorized or authenticated. The complainant said that after receiving information from Fiserv, Razorpay conducted an internal investigation and from March 6 to May 13 this year, 831 transactions of Rs 7,38,36,192 were detected against 16 merchants of Razorpay.

What did the company say in its complaint?
Anand said in his complaint, “These 831 transactions were marked as failed or failed by Fiserv due to failure of authentication and authorization. However, it has come to light that some unknown hackers and fraudulent customers have tampered, altered, and manipulated the ‘Authorization and Authentication Process’…” Anand further added, “Because of this fraud, 831 transactions have been registered against ‘Approved’. The falsely altered communication in the form was sent to Razorpay system, resulting in loss of Rs.7,38,36,192 to Razorpay.”

Police is investigating the matter
He said that on receipt of false converted communication, Razorpay sent a confirmation to its merchants for the fulfillment of orders and asked their merchant to settle the account of the transaction. In this regard, Anand has presented the details of fraudulent transactions, date time, and IP address along with other necessary details to the police for questioning. Police said that they are probing the matter.

18/05/2022/3:39:pm
Oscar winning-singer AR Rahman has been sharing glimpses ever since he arrived at the 75th Cannes Film Festival. Recently, he shared a picture with...

Users can join ongoing video calls, know everything about this new feature

15/07/2021/10:45:pm
Instant messaging app WhatsApp keeps on introducing new features from time to time keeping in mind the convenience of its users. Now WhatsApp has...

06/11/2021/4:55:pm
Sierra Leone: A major accident has happened in the African country of Sierra Leone. There was a huge explosion in the oil tanker here....

Disposal blanket-pillow in trains as well as tooth paste-mask, know the details

21/12/2021/12:27:pm
New Delhi: Traveling on the train has become difficult with the increasing cold. After Corona, the blanket pillow has stopped getting on the train....

China is changing its tactics on the issue of atrocities on Uyghur Muslims, changing...

13/04/2021/2:23:pm
Beijing: The horrors of Chinese atrocities are increasing every day in the Xinjiang Uygar Autonomous Region (XUAR) in the northwest of China. In response,...

This year’s biggest fall: Nifty 450 then Sensex fell more than...