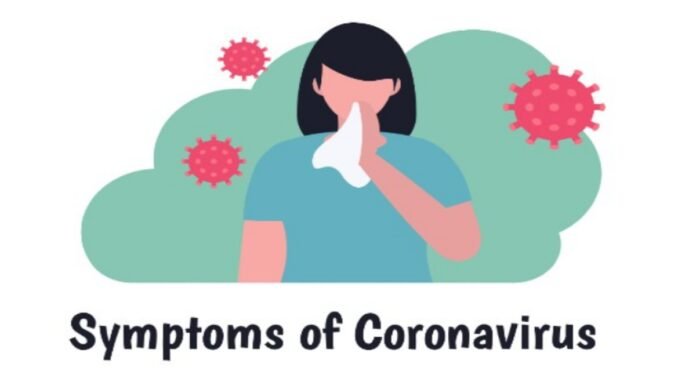 New Delhi: The central government on Thursday said that during the third wave of Covid-19, beds in hospitals in Delhi were much less filled than in the second wave of last year. Regarding the infection rate and hospitalization during the second and third wave in the national capital, Union Health Secretary Rajesh Bhushan said that from April 1 to May 20, 2021, the number of people admitted to hospitals was very high. Bhushan said, “Despite the increase in the infection rate in the current wave, the patients requiring beds in hospitals and recruitment in hospitals were very less in the third wave.” He said that there are 75000 to 78000 active cases in Delhi and 2500 of them. Only 2600 are admitted to hospitals.

Regarding the clinical parameters (Covid-19 Symptoms), the Union Health Secretary said that 99 percent of adult patients have common goals like fever, phlegm, sore throat and they are usually getting better on the fifth day. He said that he was also accompanied by body ache and fatigue. Bhushan said that upper respiratory tract infection is common in pediatric patients aged 11 to 18 years.

These symptoms are being seen all over the world
The Omicron variant was first detected in South Africa on 24 November 2021 and since then doctors have been cautioning about the difference between it and the symptoms of the previously detected delta variant. The most common symptom of Omicron around the world is a burning sensation in the throat.

The way Omicron is spreading all over the world, its new symptoms are also coming to the fore. Its symptoms include night sweats and diarrhea. It has also been confirmed that Omicron does not affect the lungs but only the upper respiratory tract.

At the same time, the Center said that there is an increase in the number of tests for Covid-19 at home, and in the last 20 days, people got two lakh samples tested at home, whereas last year this number was only three thousand.

Indian Council of Medical Research (ICMR) Director-General Dr. Balram Bhargava said in a weekly press conference that the overall performance of testing in the country remained at the same level as it was during the second wave of the pandemic.

08/08/2022/9:17:pm
Mumbai: The new song 'Deva Deva' from Bollywood actor Ranbir Kapoor's upcoming much-awaited film 'Brahmastra' has been released. In this song, the actor is...

67-year-old Anoop Jalota said I have been in love ever since, even Jasleen Matharu...

A balloon with impression of ‘I love Pakistan’ found in fields of Jalandhar, atmosphere...

26/03/2022/9:13:pm
Chandigarh: A shocking incident has come to light on Saturday in Adampur, Jalandhar, Punjab. Where balloons with the impression of "I love Pakistan" have...

IMA’s counterattack on Baba Ramdev – tell which medicines given to patients in allopathy...

28/05/2021/5:28:pm
New Delhi: The Indian Medical Association Uttarakhand has challenged Baba Ramdev for debate. Baba has asked Ramdev to tell which allopathy hospitals have been...

OPPO Enco Buds 2 launched in India, will get up to...

States could not even spend Covid Emergency Fund together, the Center...