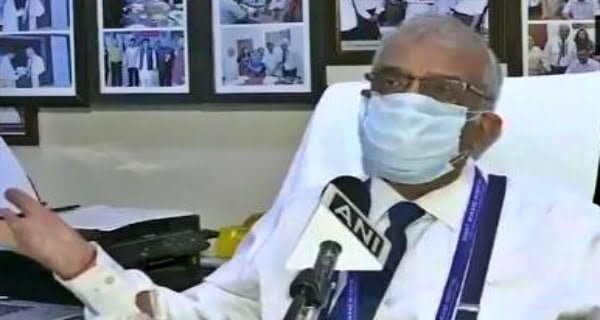 Noida: The CEO of Shanti Mukund Hospital said that the oxygen crisis in his hospital has deepened. According to news agency ANI, CEO Sunil Saggar said that we told the doctors – patients who can be discharged should be discharged. We have only a few hours of oxygen left.

Meanwhile, there has been news that in Akash Healthcare, there is a stock of oxygen worth running for only one and a half hours. According to Kaushar Shah, CEO of Akash Healthcare, there are currently 200 patients in the hospital while oxygen is left for just one and a half hours. Let us tell you that according to the news from Lucknow, 34379 new cases of Corona have been reported during the last twenty four hours in UP.

Sushant Singh Rajput will always shine in the sky, Fan gets Star registered in...

06/07/2020
One of his fans has registered a star in the name of Shant Singh Rajput. He has also shared the certificate of this registry...

What is the meaning of the visit of top officials of Biden administration to...

17/03/2021
Tokyo: During a meeting of Top Politicians of Japan and the US, the two countries criticized China for 'coercion and aggression' in Asia. This...

11/10/2020
Mumbai: Bollywood megastar Amitabh Bachchan is celebrating his 78th birthday today. On the occasion of Big B's birthday, there is always an influx...

17/04/2021
New Delhi: In the country (India), the second wave of Corona is dominating today. In such a situation where people are sitting in the...