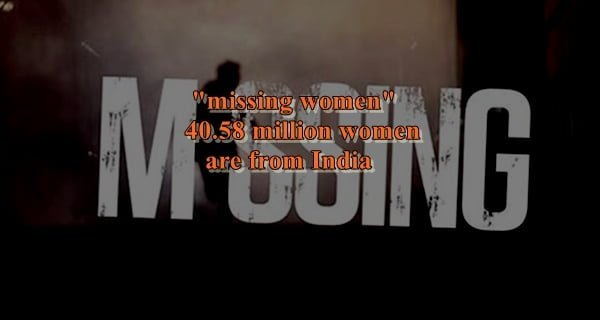 United Nations: Out of 14 million 26 lakh women who have “gone missing” in the last 50 years worldwide, four crore 58 lakh women are from India. The United Nations said in a report on Tuesday that the number of “missing women” is highest in China and India. The ‘Global Population Status 2020’ report released on Tuesday by the United Nations Population Fund (UNFPA) says that the number of missing women has doubled in the last 50 years. This number was 610 million in 1970 and has increased to 14.26 million in 2020. According to the report, by 2020 four crore 58 lakh women in India and seven crore 23 lakh women have gone missing in China. The report also included missing girls due to the cumulative effect of prenatal or postnatal sex determination. It states, “Between 2013 and 2017, nearly four lakh 60 thousand girls in India went missing at birth every year”. According to an analysis, about two-thirds of the total missing girls and one-third of deaths at birth is related to gender determination due to gender discrimination. “

The report quoted the data provided by experts as saying that 90 out of an estimated 12 lakh to 1.5 million girl children missing every year worldwide due to gender selection due to gender discrimination (before birth). Out of this, 95 percent are from China and India. It states that even in terms of the number of births per year, these two countries are at the forefront. The report states that governments have taken steps to tackle the root cause of gender selection. India and Vietnam have launched campaigns to change people’s thinking. The report states that the preference for boys over girls has led to a large change in the ratio of women and men in some countries, and this demographic imbalance will certainly have an impact on marriage systems. She said that some studies suggested that the number of potential brides in India would be worst in 2055 as compared to potential brides. In India, the proportion of men living single until the age of 50 has been projected to increase by 10 percent after 2050.

Trump manipulated to remain US President, tape of the conversation released

30 Lakh Trees Cut in India for Developmental Projects in 2020-21: Govt

04/07/2021/10:33:am
New Delhi: The process of decreasing the number of corona-infected patients in the country continues. In view of the danger of the Delta Plus...

Confirmation of poison in an envelope at the White House address