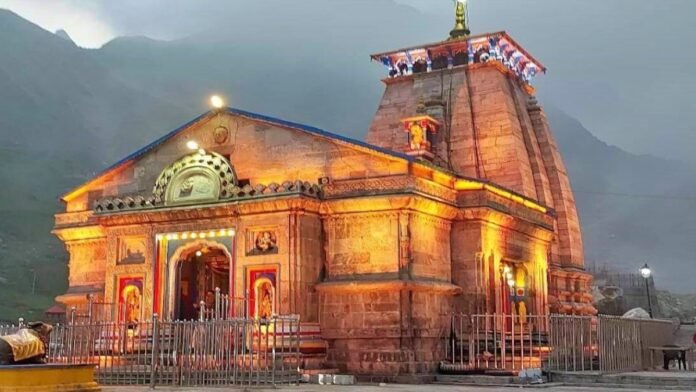 Dehradun: The sudden changing weather in Uttarakhand has now put brakes on the Chardham Yatra as well. After the Orange Alert issued by the Meteorological Department, now the administration has stopped the Kedarnath Yatra and appeals have were made to the devotees to stay in safe places. At the same time, the helicopter service has also been stopped for some time. Rudraprayag Circle Officer Pramod Kumar said that this step has been taken in view of the sudden change in weather. The safety of the devotees is of paramount importance and due to this, the Kedarnath Yatra has been stopped.

Circle Officer of Rudraprayag Pramod Kumar said that after receiving the Orange Alert from the Meteorological Department, the administration has taken immediate action and stopped 5 thousand devotees in Guptkashi itself. Along with this, arrangements are also being made to appeal to all the devotees to stay in safe places. He said that the rain has worsened the situation since Monday morning and it can be dangerous to go on the roads.

Appeal to the people
With this, Kumar said that we have appealed to the people to return to their respective hotels and not take the risk of traveling. There are possibilities of worsening of the weather at the moment, due to which the road can become more dangerous. In addition, the risk of landslides has also increased. He said that due to the incessant rain, the helicopter service has also been stopped for the time being. Because visibility is very low due to fog and low clouds due to rain, such a helicopter flight can also be dangerous.

At the same time, the weather started deteriorating in the surrounding areas including Kedarnath on Sunday itself, which got worse on Monday. Rain has worsened the situation since morning on Monday. Now the Meteorological Department estimates that the weather may decline in the coming time, in such a situation it can be dangerous to travel.

Italy’s luxury electric scooter will enter India, will give competition to Ola-Ather, price will...

11/07/2020/10:21:am
Only target set in Ravi - 'Chase the target', now Corona is under control hereThe conditions were extremely challenging due to the geographical location...

Indian researchers saw a rare supernova shining with the energy of...

Fear of Corona infection in 10,000 people from Murthal Dhabas