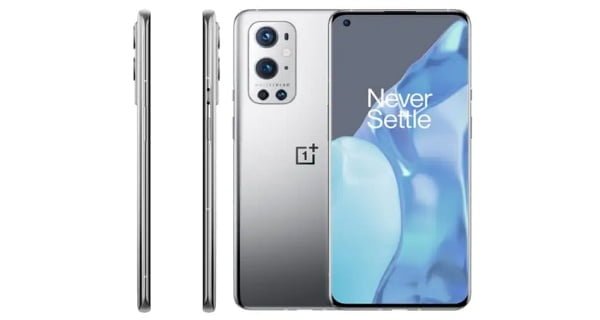 New Delhi: China’s electronic manufacturer OnePlus has launched OnePlus 9 series in India. The company first launched OnePlus 9 Pro at the OnePlus 9 Series Launching in India. The biggest feature of this smartphone is its camera. It has an ultra-wide camera of 50 megapixels (50MP). At the same time, the main camera of this smartphone is 48 megapixels. This is the Sony IMX789 Sensor sensor. This sensor is specially designed for OnePlus series.

One Plus 9 Pro’s camera also has an orange shutter button, which is visible in the original Hasselblad Camera. Apart from this, a free-flow camera has also been provided in this smartphone, whose macrosensor can capture 4 centimeters closer to the object clearer. The company claims that due to the 50 megapixel camera, when you take ultra-wide shots, there will be no distortion. Pictures taken with this will be natural colors. OnePlus 9 Pro’s camera has the most attention to color accuracy. In this smartphone, the company has given 3 rear cameras.

Black and white camera is also given, shoot in 8K
Along with this, the company has also given a black and white camera for monochrome photos. It also has an 8-megapixel telephoto camera. Its front camera is 16 megapixels. The phone also has Hasselblad Pro Mode. OnePlus users can also shoot in 12Bit Raw mode. The company said that the video capability has been improved in this smartphone. Customers can capture video in 8K resolution from this. Also, slow-motion videos can also be shot in 4K resolution. Not only this, Nightscape Video 2.0 has also been given to make videos of better quality in low-light conditions.

Will be available in three color options
Oneplus 9 Pro has an aluminum frame. This smartphone has been made available in Morning Mist, Pine Green and Stellar Black Color. It has a curved glass panel. Also, the Fluid Display 2.0 display is being made available. LTPO display has been given for better use of the battery. According to the content, its refresh rate will be from 1 Hz to 120 Hz. Hypertouch screen has been given in this for customers who are fond of playing games on a smartphone. The company has given Qualcomm Snapdragon 888 processor in this smartphone. It will also support 5G network.

100 percent charge will be done in 30 minutes
For connectivity, it has WiFi 6 and Bluetooth 5.2. In the summer, a 5 layer gaming grade cooling system has been given to keep Fagain cool. It has been made available with a fast-charger, which will result in 100 percent charging in just 30 minutes. At the same time, the facility of 100 percent wireless charging has been provided in 43 minutes. In this smartphone, the company has given OxygenOS for better performance. OnePlus 9 Pro has a powerful battery of 4500 mAh. Also, virtual RAM is also provided for more RAM.

All these features are given in OnePlus 9
In Oneplus 9, the company has given 3 rear cameras. In this, customers will not get a 50MP ultra-wide camera. Apart from this, all camera specifications are same as OnePlus 9 Pro. The company has also given Qualcomm Snapdragal 888 processor in this smartphone. Flat display has been given in Oneplus 9. At the same time, instead of aluminum frame, fiber glass polymer frame has been provided. It will also be available in 3 color options like Winter Mist, Astral Black and Purple.

Oneplus also launched smartwatch
There are two buttons on the side of the OnePlus Watch. The brand name has been given on one of them. Its dial is rounded. The watch case is 46 mm. This smartwatch is being made available in two color options, Moonlight Silver and Midnight Black. Sapphire glass is given in the smartwatch. It has been given customers a 1.9-inch AMOLED display, which has more than 50 watch faces. With this help, users will be able to monitor their blood oxygen level and heart rate.

Cinema halls to be opened with 100% capacity across the country

31/01/2021
Chennai: Theaters (cinema theaters) have been allowed to open with 100 percent capacity across the country. The Ministry of Information and Broadcasting has also...

27/10/2020
New Delhi: The Election Commission (EC) on Tuesday issued a notice to BJP leader Imrati Devi, who is contesting the by-elections in Madhya Pradesh,...

15/09/2020
Taipei: China on Monday warned the US that relations between the two countries could be "severely damaged" if it did not cancel its upcoming...

04/04/2021
Mumbai: Corona figures are increasing every day across the country. From the general public to the stars of the Bollywood world, they are constantly...